The Teesta river, in full flow, Upper Dzongu, Sikkim
"The case of Sikkim is an explicit example of contradictions between development on one side and culture, religion and tradition on the other. But more than that, it is a classic example of failure of a development model that is vertical....The environmental and wildlife clearances are totally left on the will and wishes of the private developers who hardly ever take into account the aspirations of the people. Indeed the developmental agenda of the State was highly centralised and lacked participation."
(Giri, Privat. ‘The Anti-dam Movement in Sikkim,’ Published by Sikkim University, 2014)
This collaborative documentary project aims to understand the cultural-spiritualism of the Lepcha people, their sacred environment (focusing on the Teesta river), and the devastation that is being caused by state sponsored hydroelectric dam construction. The larger discourse around devastation has always had a clear demarcation of right and wrong, the oppressor and the oppressed cast into their usual roles. I intend to go beyond that approach and focus on the micro stories that build a more nuanced narrative of devastation and development.
I see the stories of the Lepcha people reflected in the stories of indigenous and rural communities from all over India. For me, this photo study is one stage in building a larger case for more responsible development initiatives and ideals.  As an outsider I can only strive to let local knowledge guide my intent in telling an accurate story.
In addition to interacting with key players (activists, lawyers, policy-makers, historians, environmentalists and private contractors), I would also like to engage with children of the affected community. I hope to understand how they feel about the dam and the river instead of focusing on whether they judge it as right or wrong.  I would also like to engage with the senior citizen demographic to learn about their connection to their environment before it was tainted by politics, a loaded term that often skews more direct narratives. These are just two examples of approaches that I want to use as a springboard for both visual inspiration and an alternative development discourse.
I have made two previous visits to Sikkim. Visually, I have only been able to scratch the surface of this topic so far, as my visits were mainly for exploratory personal travel and to assist a filmmaker on her own project, both in limited time frames. However, I gained inspiring insight on the issues, by meeting many stakeholders and visiting some affected regions in Upper Dzongu. 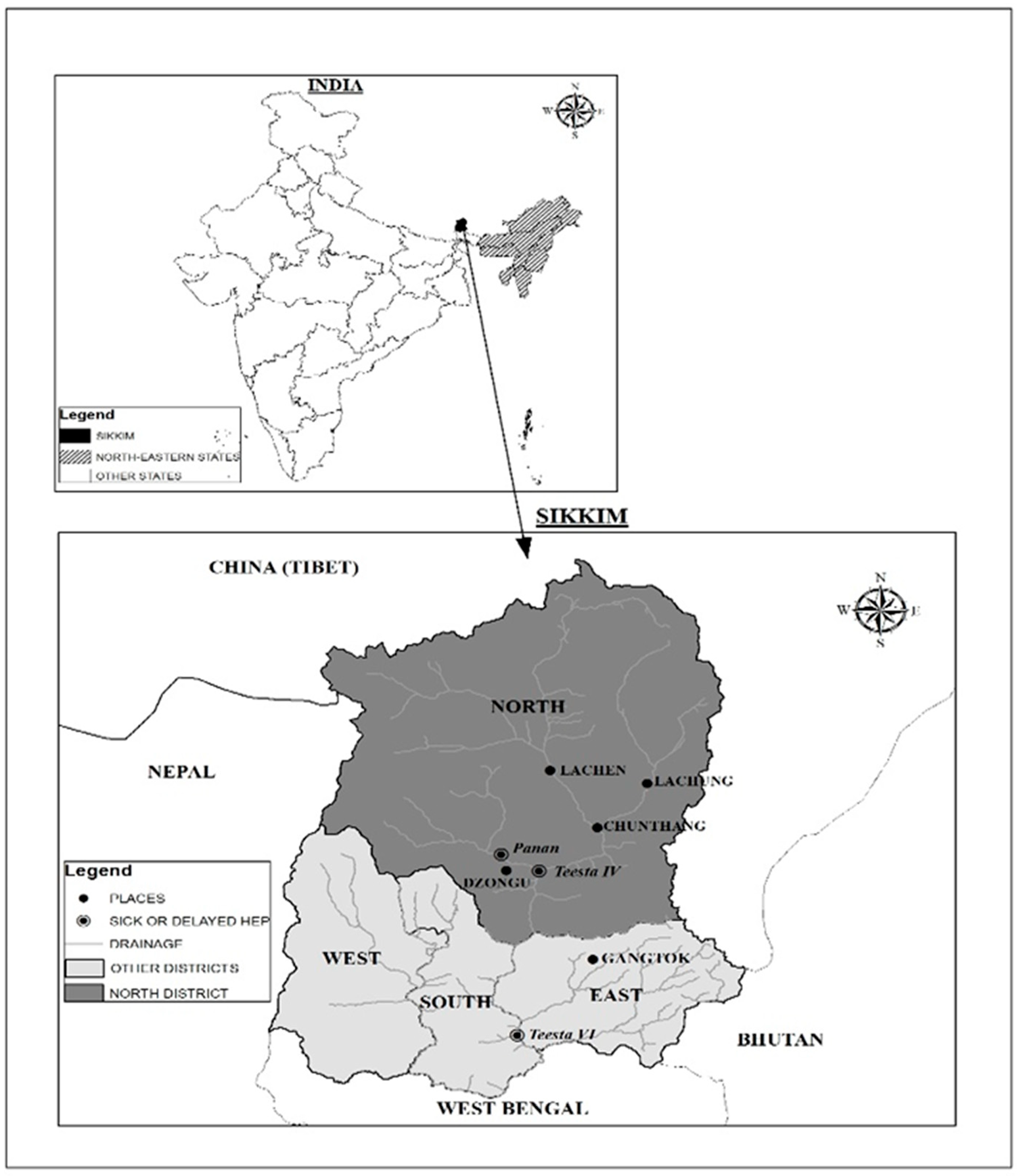 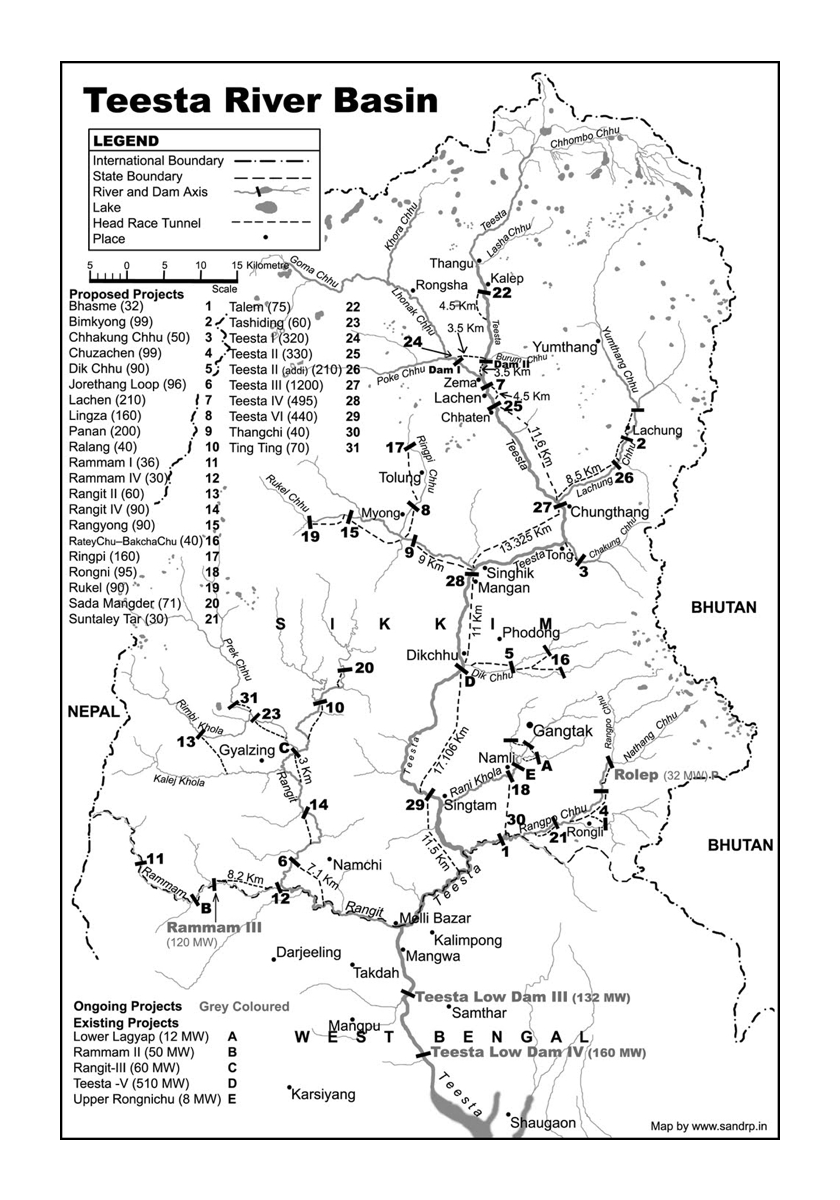 Since the 1990s, the government of Sikkim has sought to utilise the River Teesta to generate electricity to export to neighbouring states at a considerable profit. With a drop of a height of 4000 meters in its first 100 kms, it is considered ideal for power generation. As a result, over 20 large hydroelectric projects were planned for construction. Environmentalists warned that these would forever change the course of the river, affecting local fishing and farming, causing landslides and decimating local ecosystems. This vulnerability is compounded by the notoriously unstable land mass of the Eastern Himalayas that forms the foundation for this development. Lastly, the projects would cause the displacement of the Lepcha people, the traditional dwellers of the region, who have been officially recognised scheduled tribe since 1978.
The Lepchas, who combine their indigenous roots with Buddhism, worship nature and believe that the Teesta and her tributaries transport the souls of their deceased to the afterlife. A hindrance on such an important spiritual journey, for them, is a dam on the soul’s progression.
In the mid 90s, the Lepchas led a movement of peaceful civil agitation, including a hunger strike that halted the Rathong Chu hydroelectric project. On June 22, 2007, Dawa Lepcha and Tenzing Lepcha (leaders of the Affected Citizens of Teesta, ACT), started a relay hunger strike to protest the latest plans to construct hydel power plants. The two Lepcha men sat together for multiple periods, with one stretch lasting 63 days, in a 20,000 hour non-violent protest that included whole villages of Lepchas from North Sikkim of all ages and backgrounds. Their primary concern was the Panan hydel project, which would submerge parts of the sacred Dzongu region, declared a “Lepcha Protected Area” by the King of Sikkim in 1956. Construction on that particular site has since been suspended as it was in the buffer zone of the Kanchendzonga biosphere reserve.  After the strike was called off, many participants spent over 50 days in jail and were dragged back from their remote towns every week for court hearings until a pardon by a sympathetic judge in 2010. 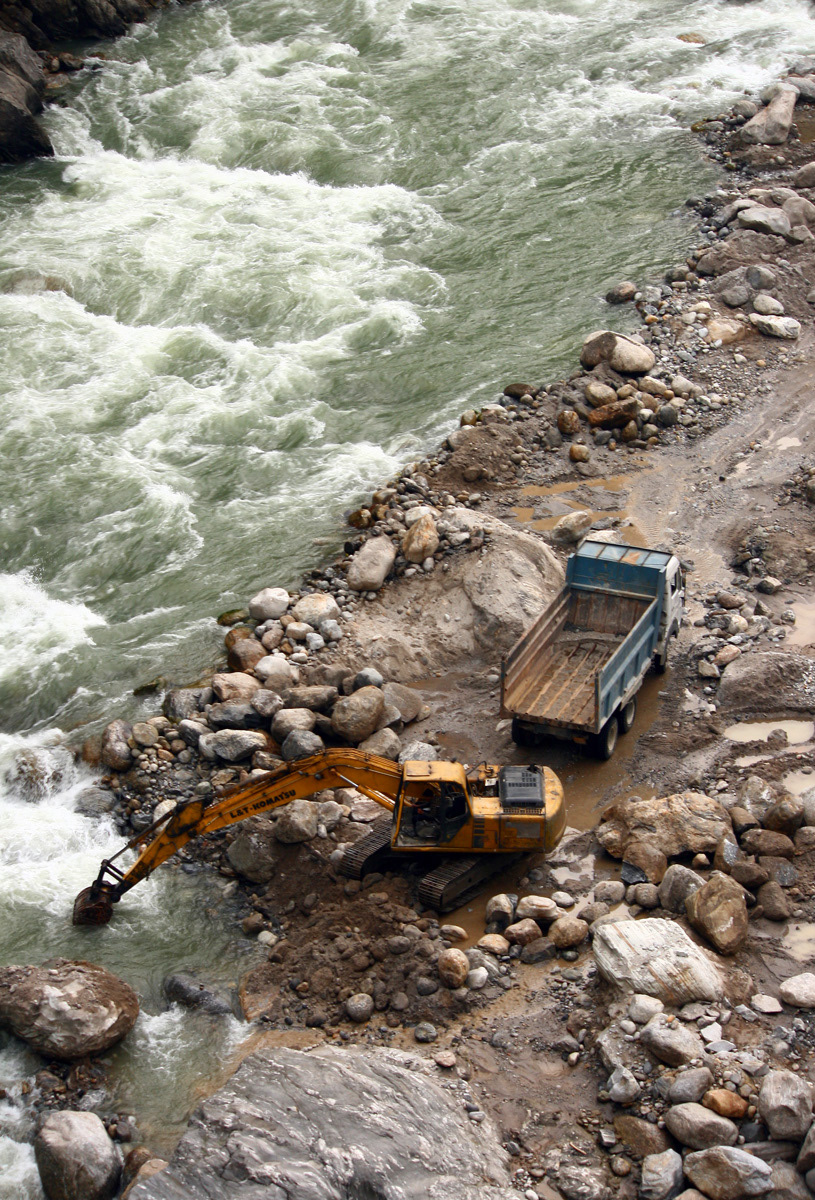 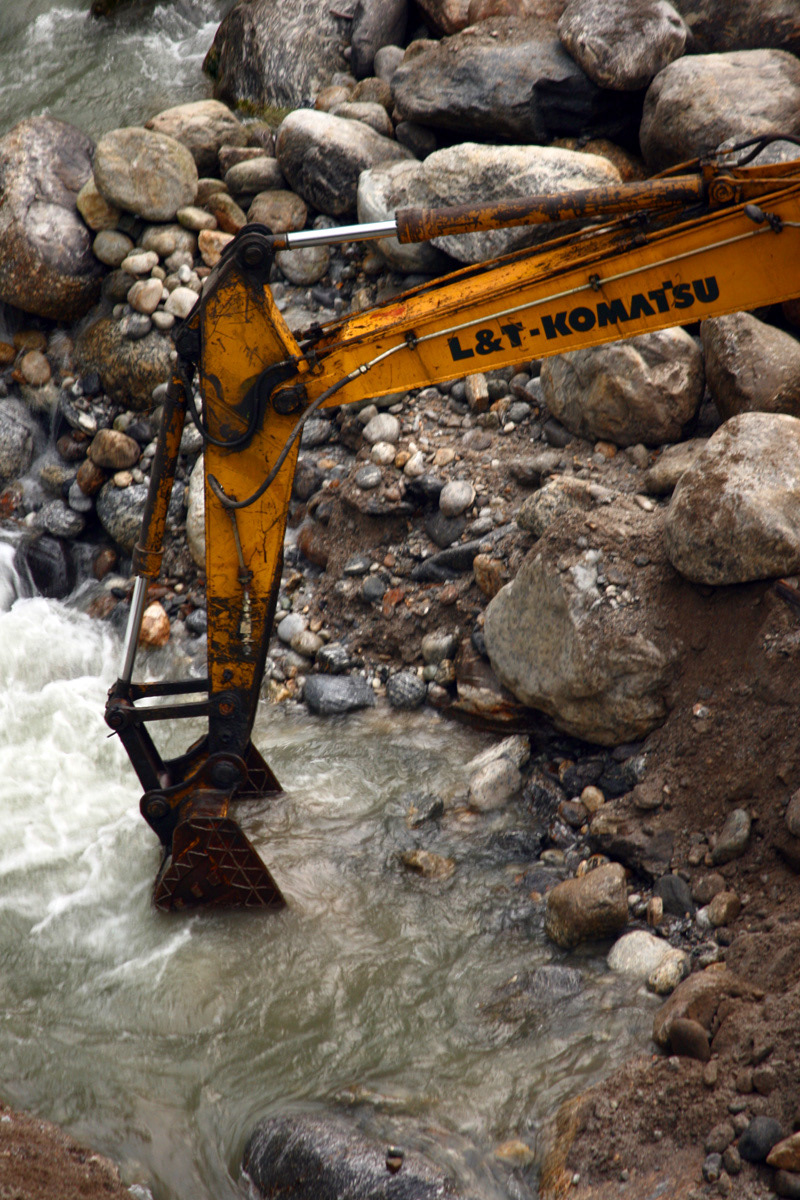 Mountains are blasted and the courses of rivers changed during dam construction and river silt is used for construction in North Sikkim, 2010 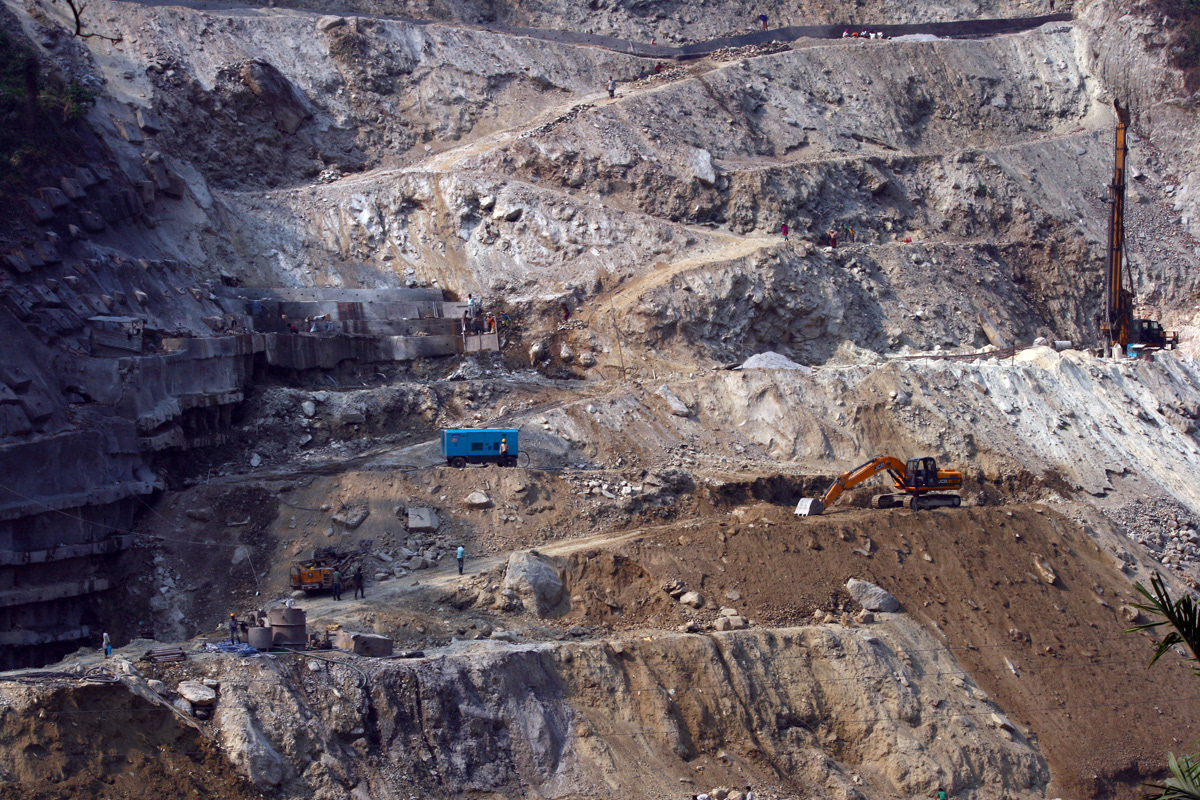 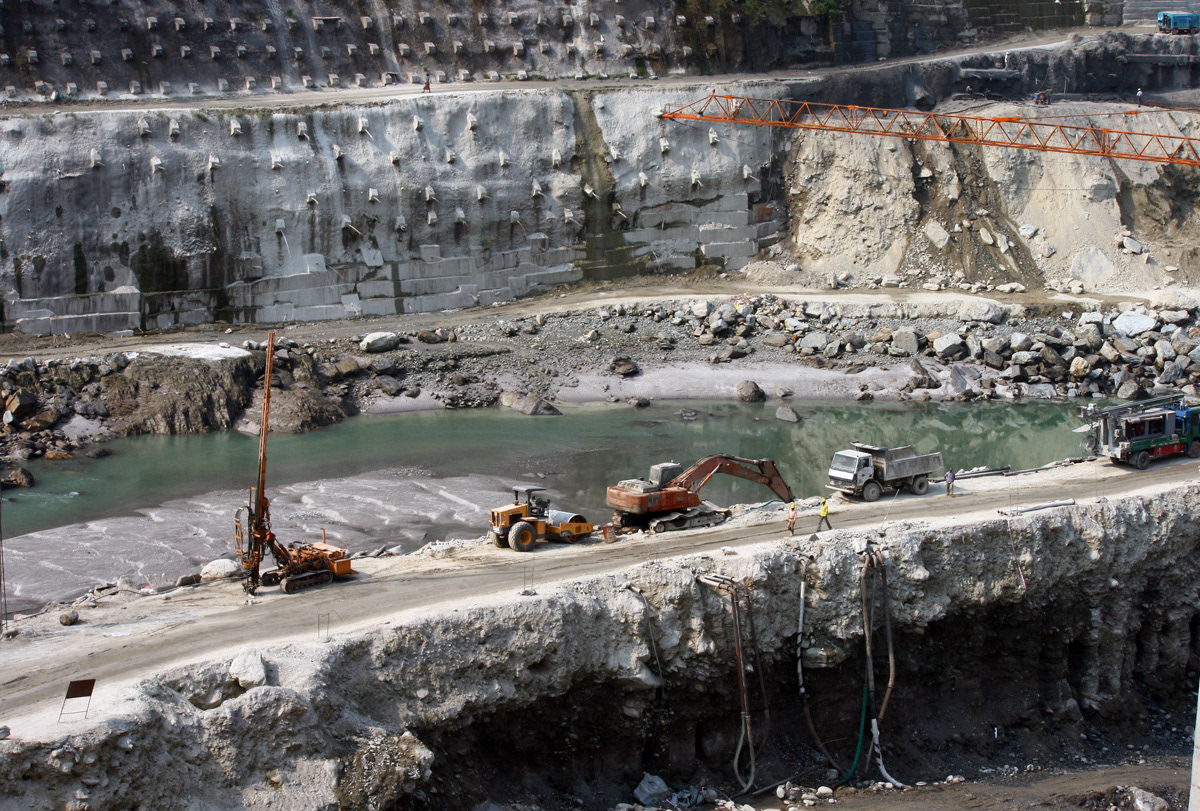 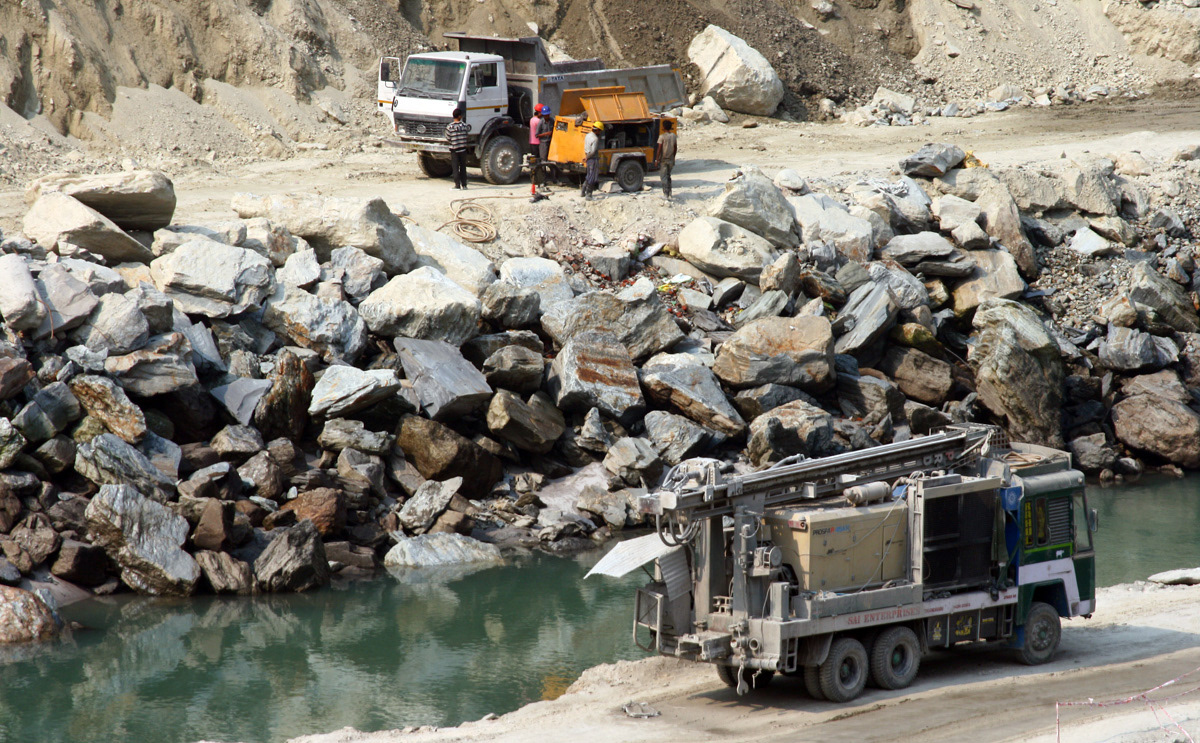 On June 22, 2007, Dawa Lepcha (above) and Tenzing Lepcha (below, left) started a relay hunger strike to protest 27 large hydro electric projects that were destined to blight the ecology and spiritual home of their tribe and forever change the course of the river Teesta and her tributaries already threatened by receding glaciers. Dawa Lepcha is a prolific filmmaker and activist and one of the unofficial leaders of ACT (Affected Citizens of Teesta - actsikkim.com). In this photo, he wears the final badge of a hunger striker, the tube that is used by the government to force feed him to prevent death via starvation, which would be construed as suicide by the law. He and Tenzing sat for the longest time in the nearly 20000 hour hunger strike that included whole villages of Lepchas from the Dzongu region. 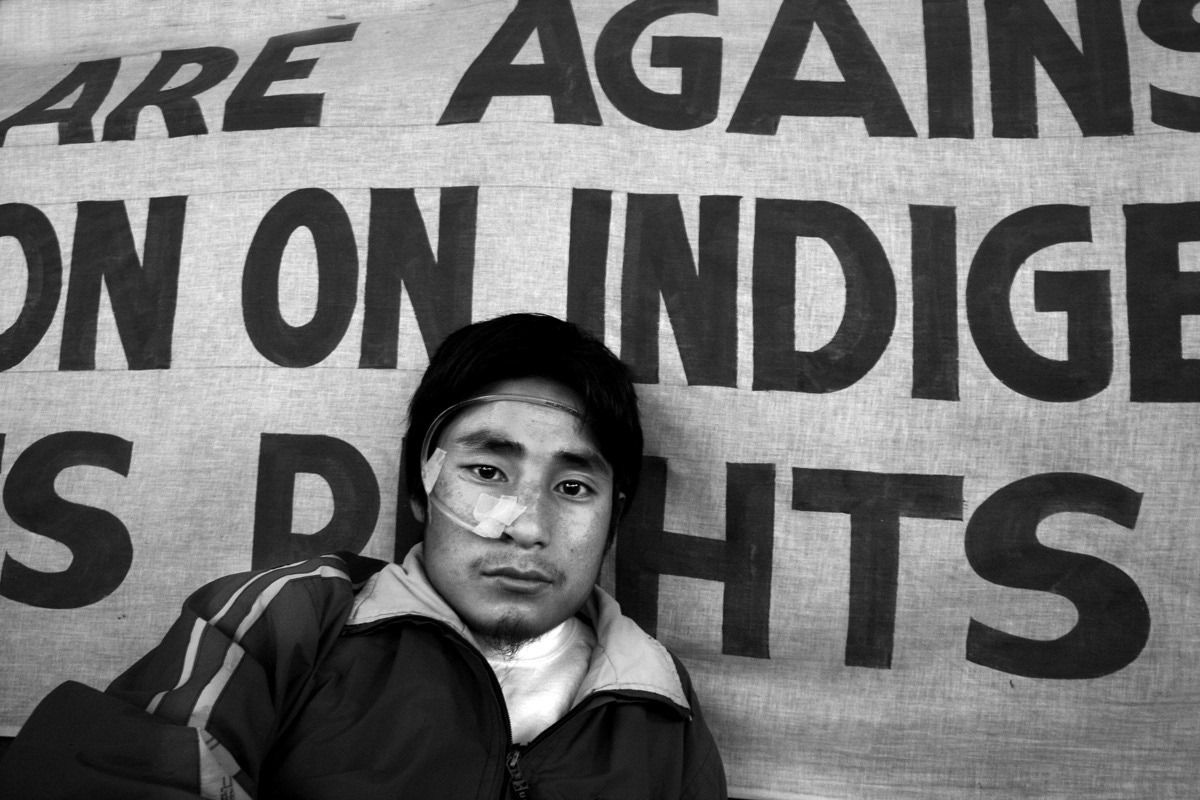 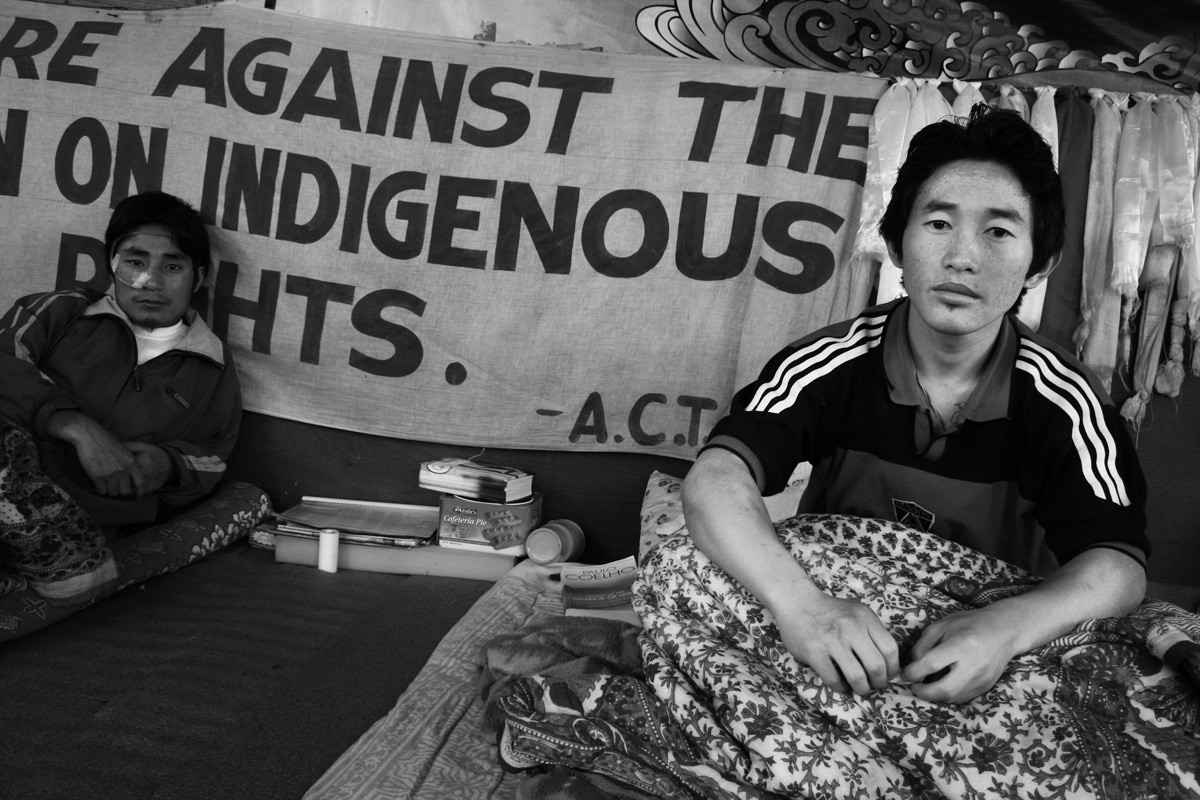 Dozens of normal Lepcha people put their lives and work on hold to sit in the relay hunger strike - teens and great grandmas, lawyers and farmers, filmmakers and homestay owners, united by tribe and a desperate need to save a way of life.
The Lepcha people who had to resort to this hunger strike were then hopelessly mired in a foggy bog of red tape, spending over 50 days in jail, and dragged back from their remote outpost towns every week for a court hearing, petty politics and the occasional run in with an intelligence agent. Luckily in 2010. their judge understood that none of them had any mall intent and they were completely pardoned. 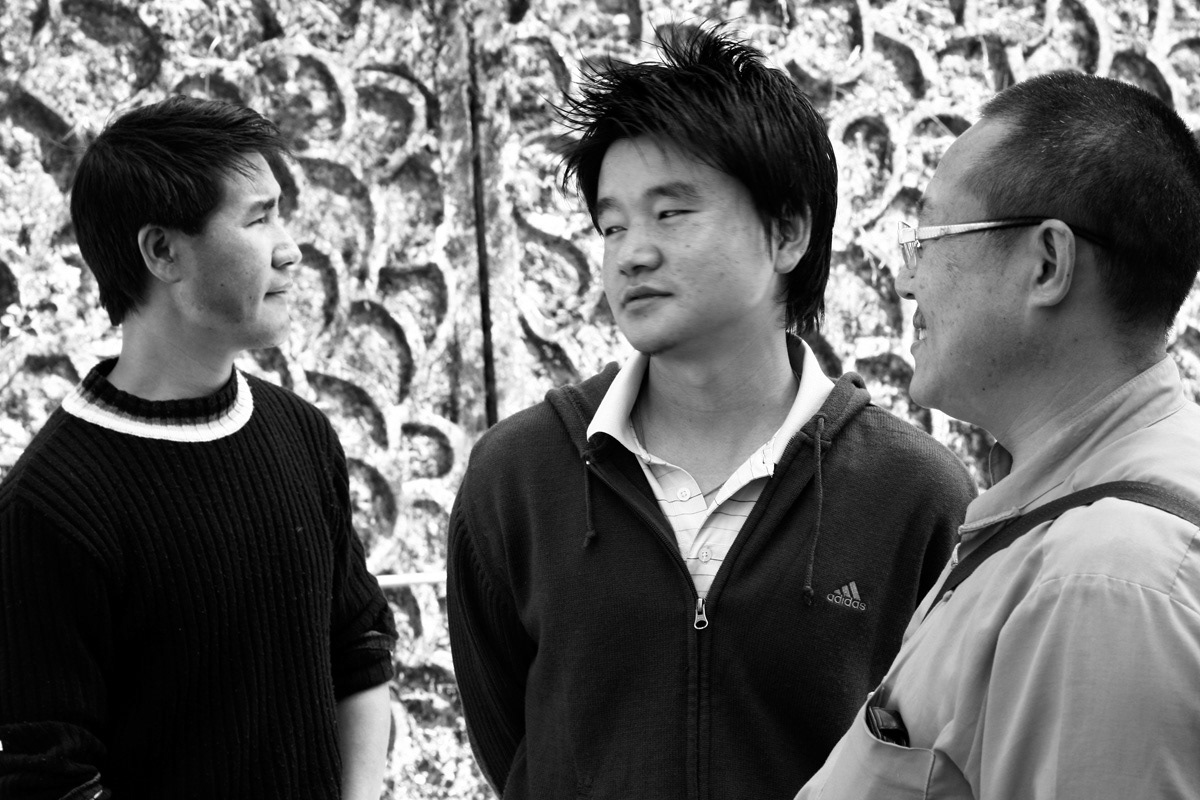 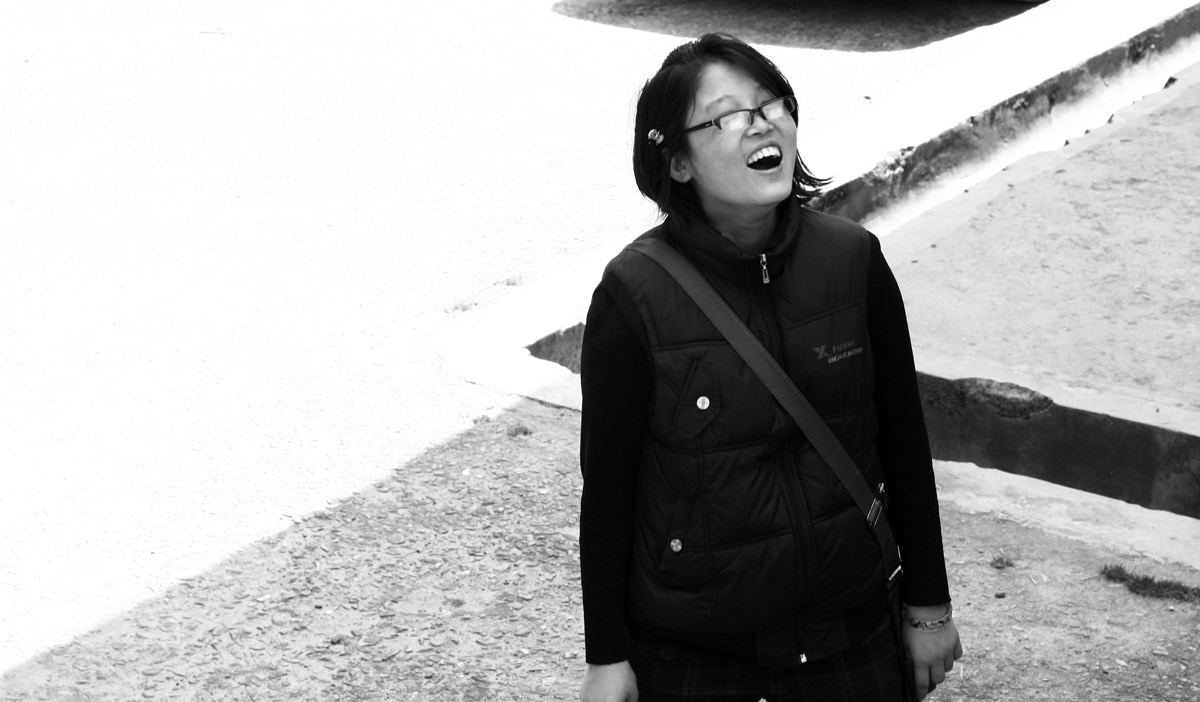 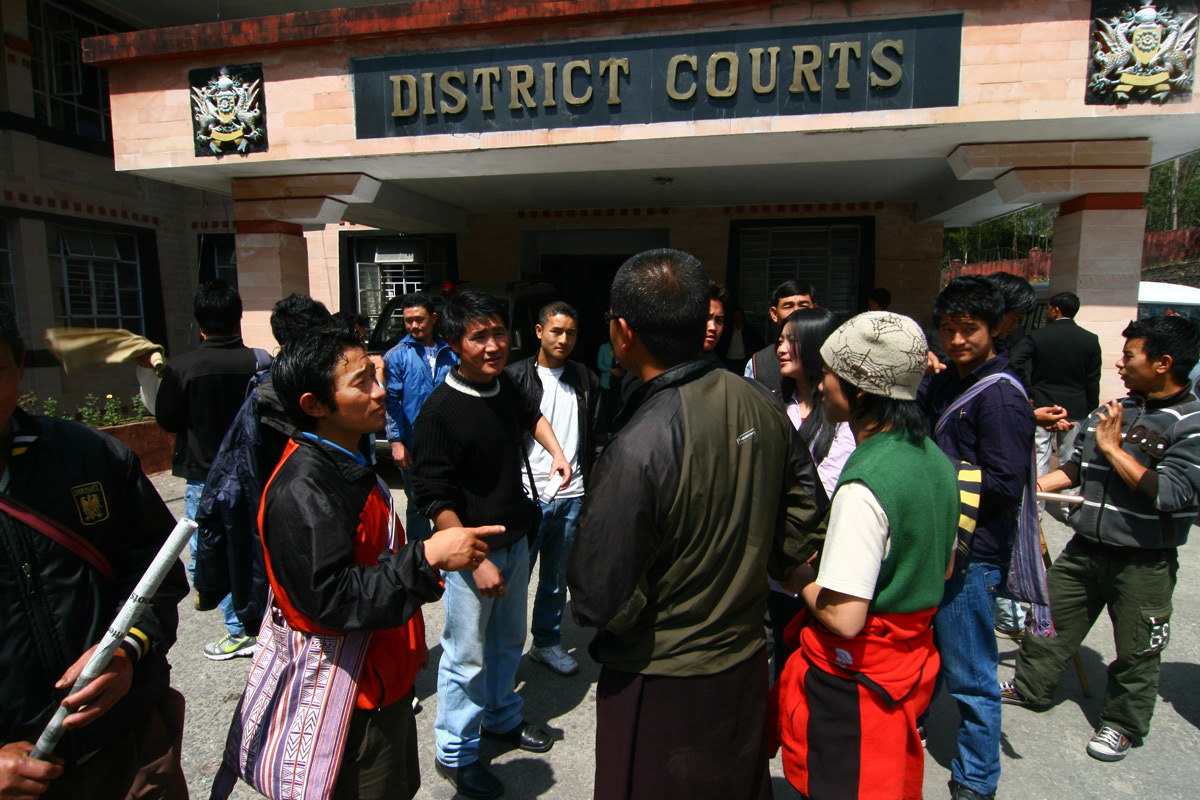 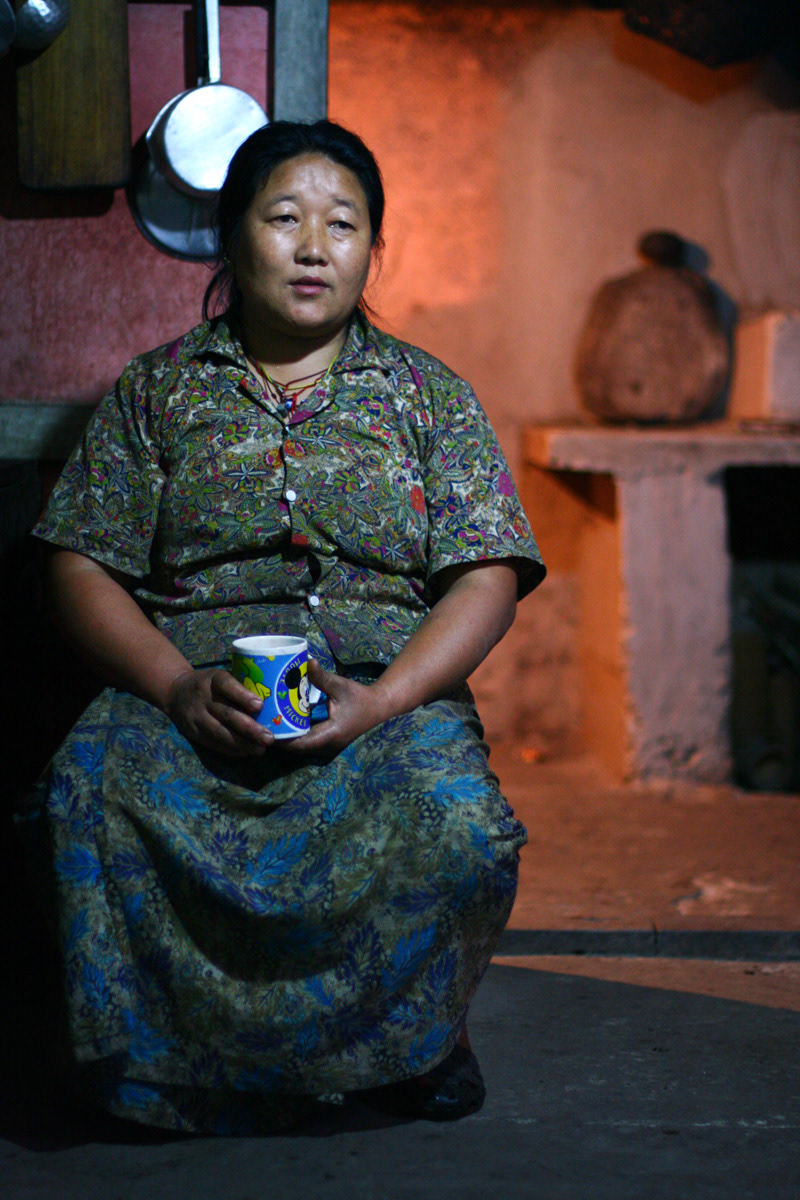 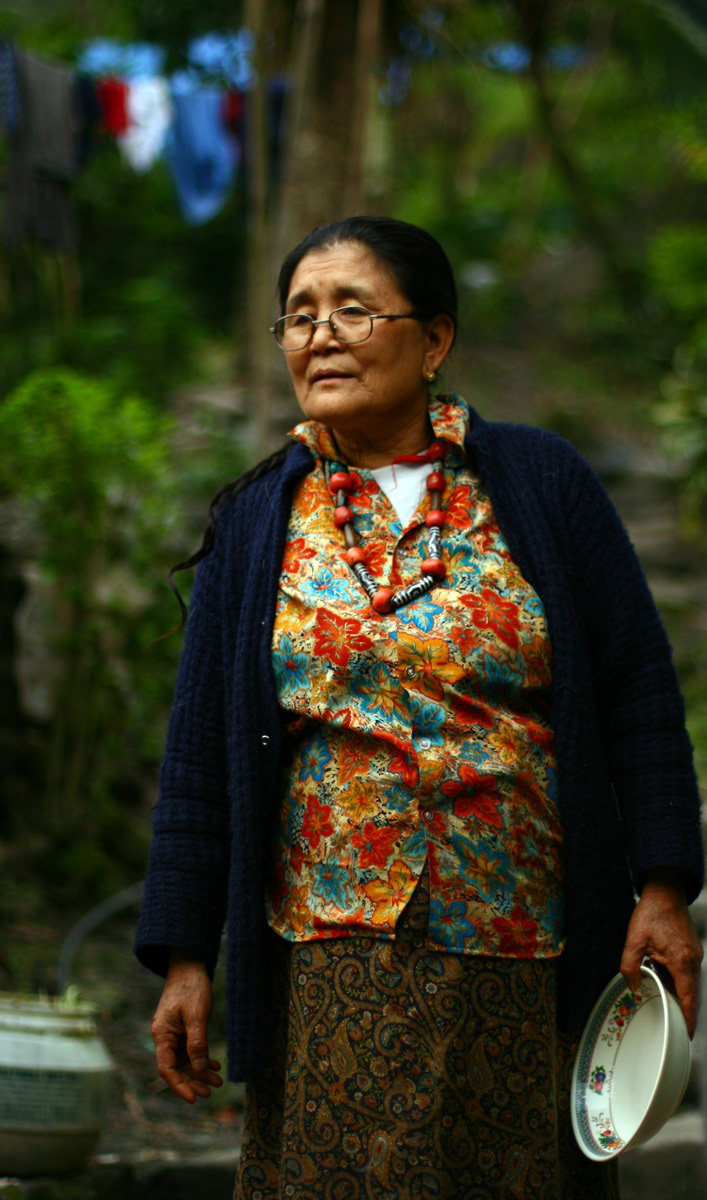 Pemkit Lepcha (right) and her nieice (l), was one among many people from the village of Passingdang who participated in the hunger strike to protect their environment and homes 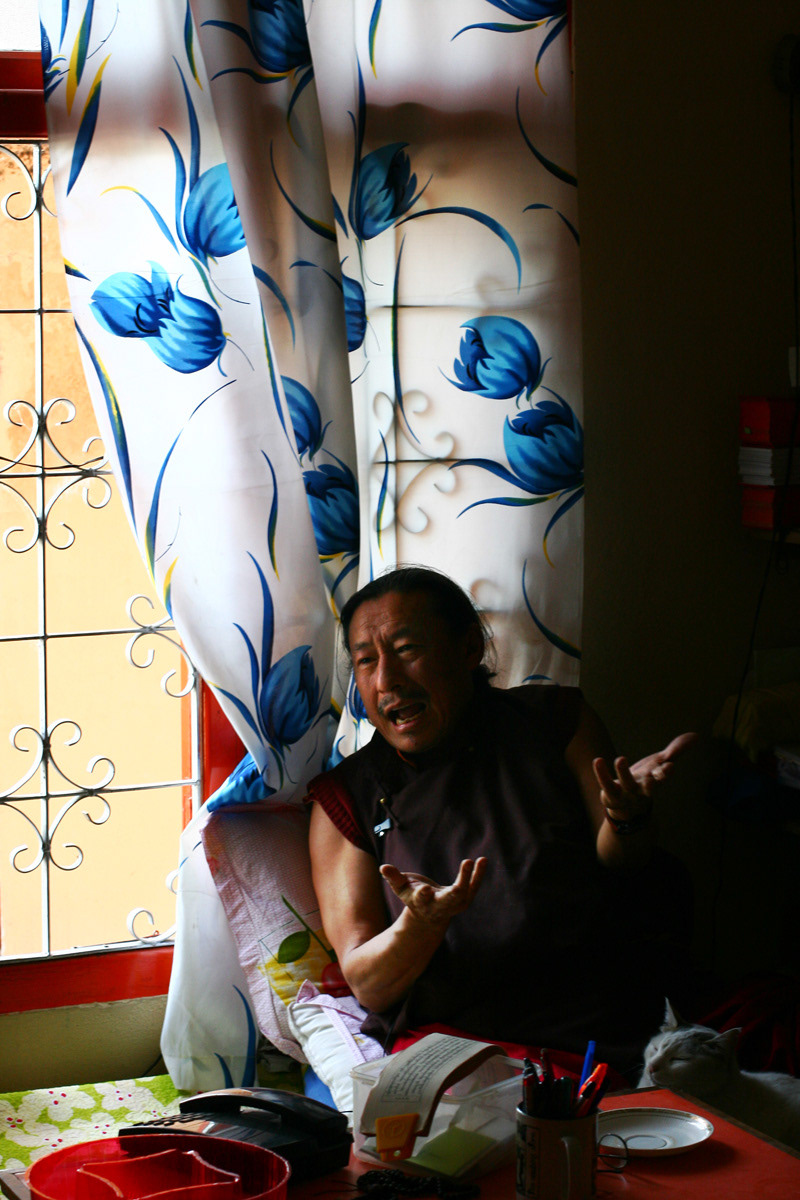 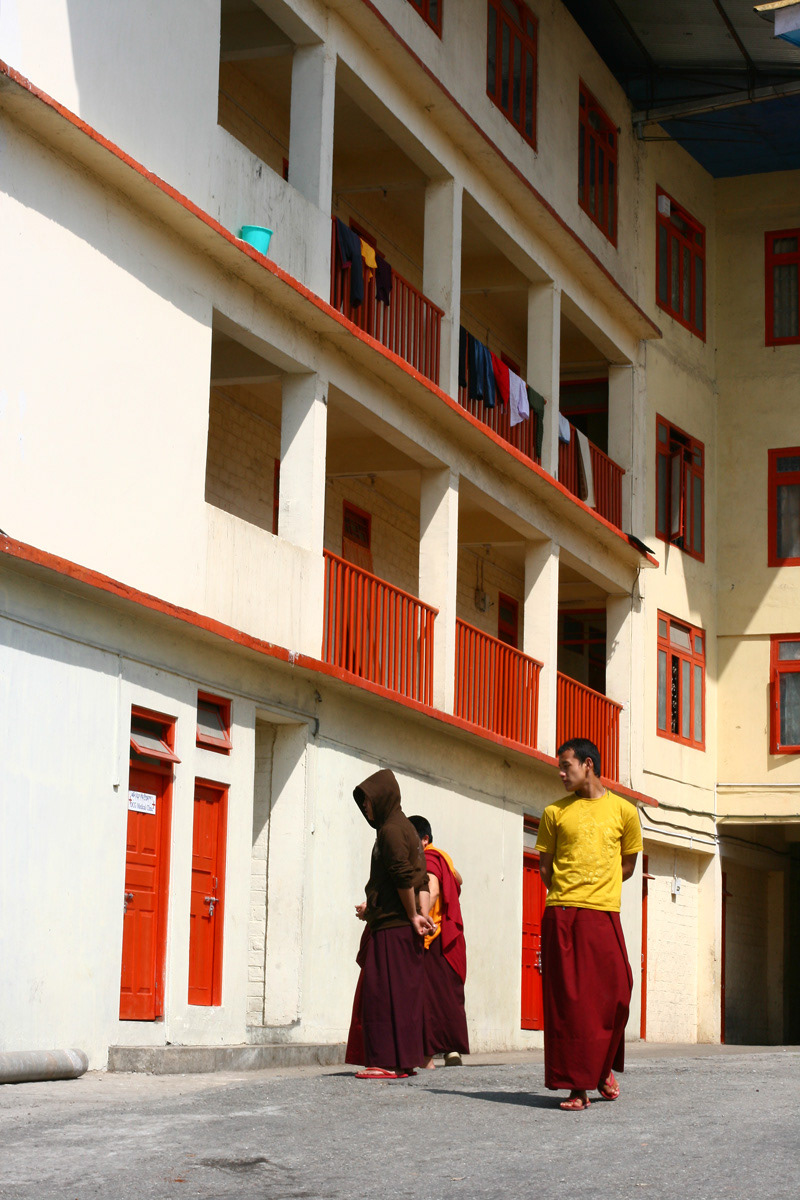 Sikkim has a history of hunger strikes against detrimental hydel projects.
In August 1994, the Bhutia Lepcha Association, the Tribal Women's Association, and the Association of Buddhist Monks of Sikkim submitted a writ petition to the Sikkim High Court demanding the closure of the Rathong Chu hydroelectric project. In May 1995, the Concerned Citizens of Sikkim (CCS) was formed to fight the project. They started a hunger strike in Gangtok demanding that the dam construction be suspended while an independent team of experts reviewed the project.
Sonam Paljor Denjongpa (above, left, 2010), a Sikkimese businessman turned monk fasted for 28 consecutive days along with Pema Namgyal and Chukie Topden. Despite assurances from the then Chief Minister Pawan Kumar Chamling and Power Minister Yeshe Lachungpa that the project would be suspended and that "the State Government would constitute a high level committee which will thoroughly examine all the aspects of the project duly taking into consideration the effect of the project over the environment, religion, social and historical sites of the Lepchas," the project was intensified with no committee appointed. The hunger strike continued unabated and the support that it garnered for the CCS finally forced the government to appoint a one man committee with environmentalist Professor Ramakrishna, who recommended that the project be scrapped in 1997. The government followed his recommendations.

The sacred lands in Upper Dzongu that could soon be devastated if infrastructure plans go ahead as planned. Likdem Lepcha is a monk who participated in the hunger strike. He also runs an orphanage for destitute and orphan boys in his small monastery 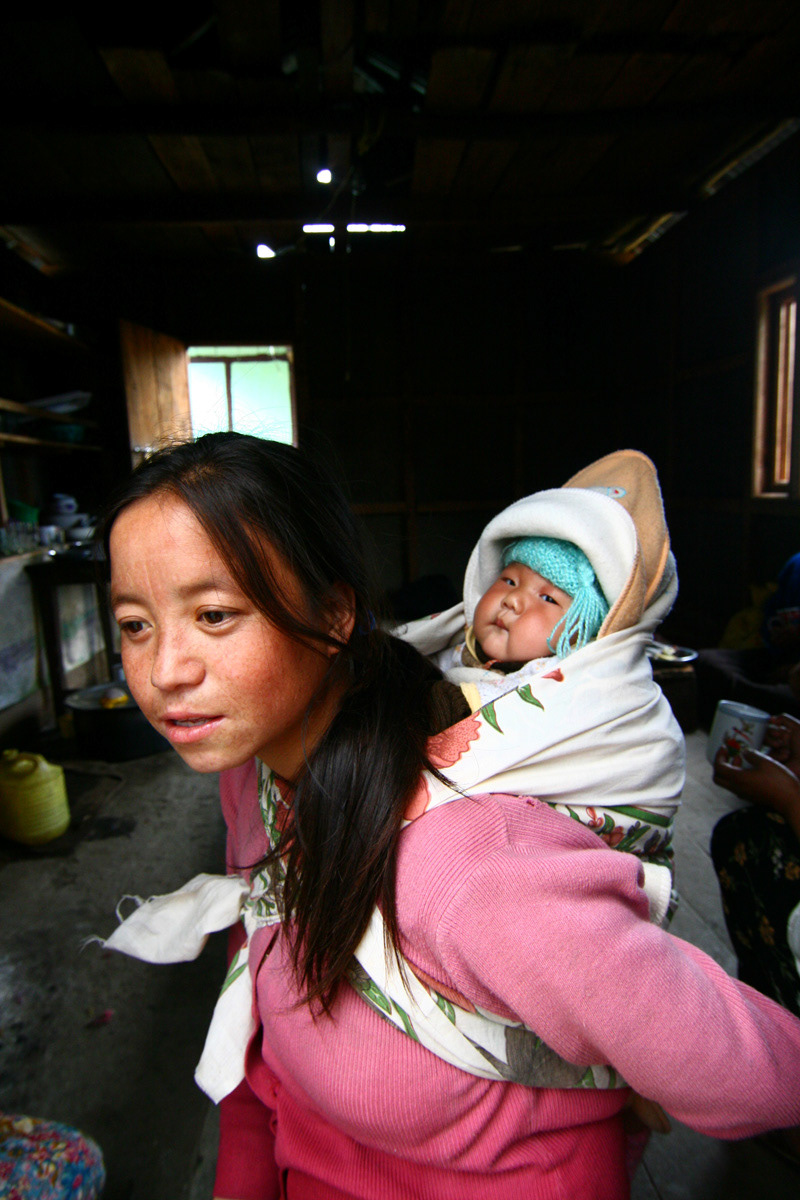 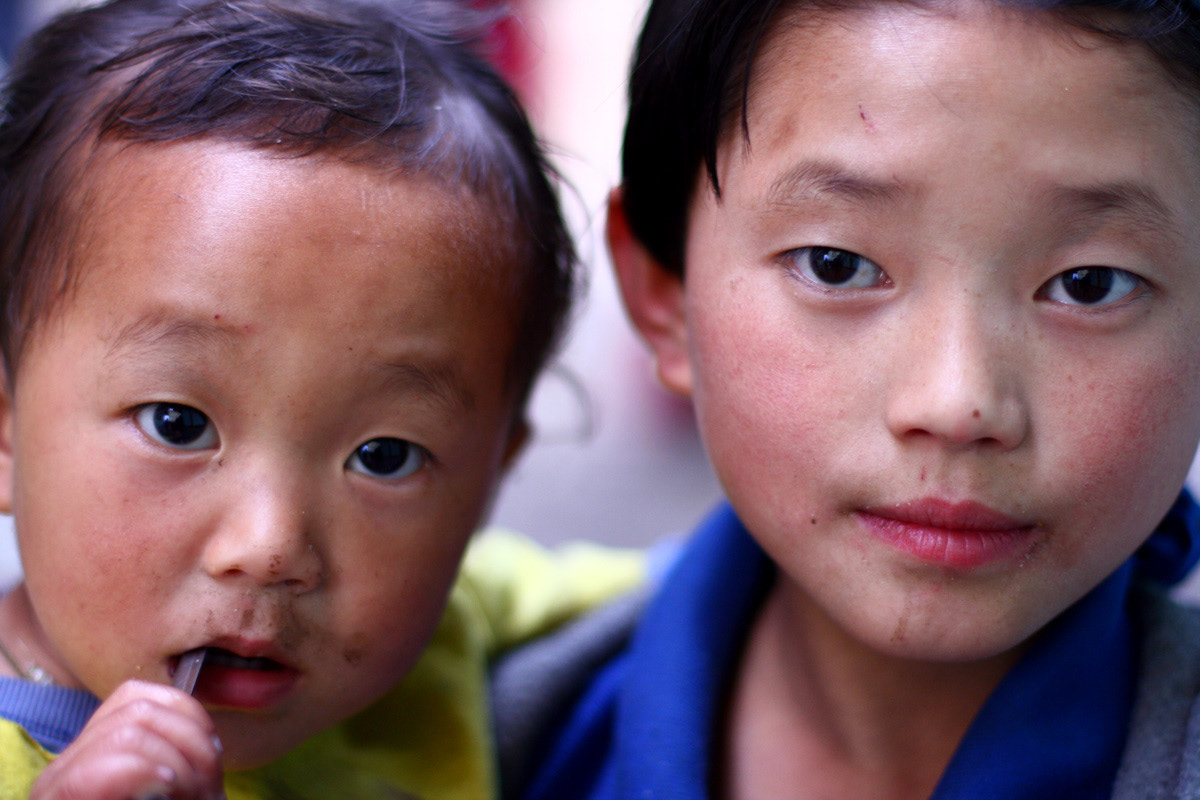 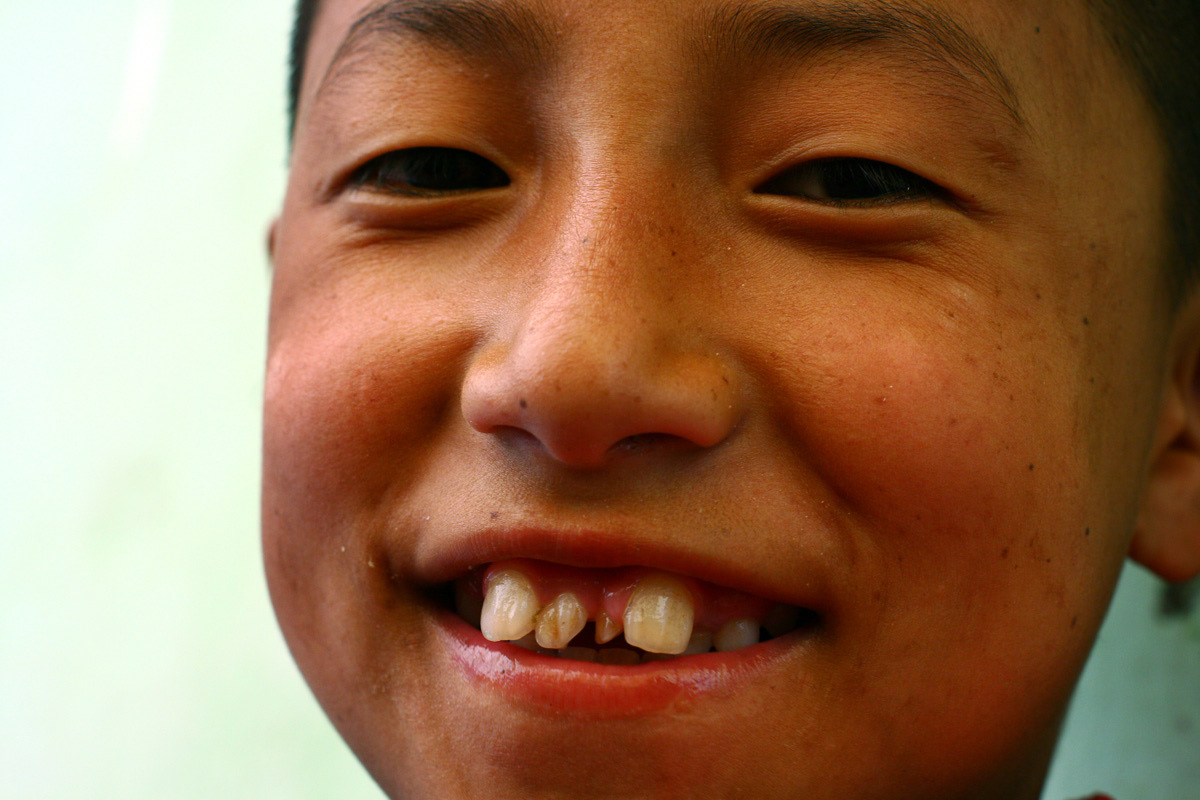 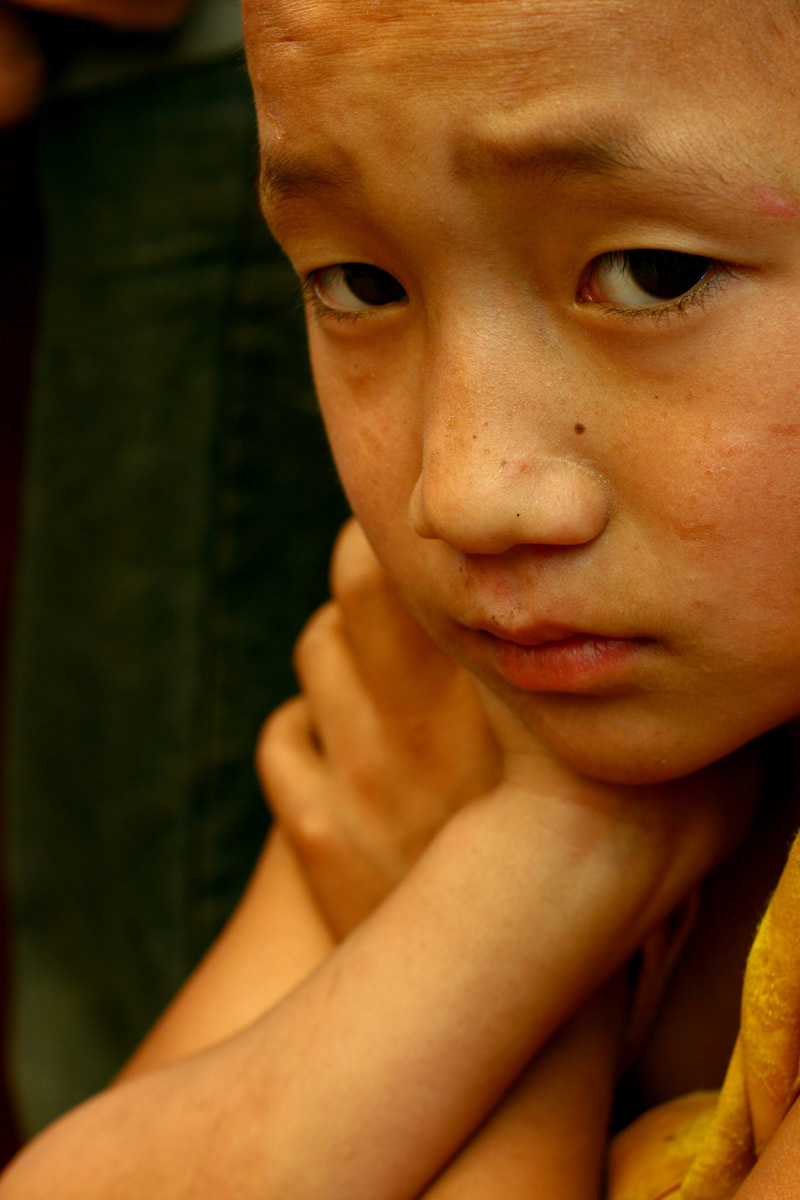 An illuminating chat with the Tashi Lepcha, the village shaman about the spiritual relevance of various plants, animals, water bodies and mountains fructified my thoughts about how ancient cultures and tribes have always sought harmony with nature, the mother who provides so much, so unconditionally. Conservation and preservation before the concepts were even conceived.

The Lepcha people have been the traditional dwellers of the Dzongu region of Sikkim for centuries. Once hunter gatherers, they evolved into an agrarian mindset borne by necessity. The Lepchas have always worshiped nature in her many hues and forms and have always served as guardians to the Dzongu region’s flora and fauna, while garnering an ancient wealth of knowledge about natural remedies. They are proud but shy, steely but gentle, hard working but relaxed. At this point in their long history they are fighting against the construction of unnecessary hydro electric projects that threaten to obliterate the environment they worship and the lands they farm. 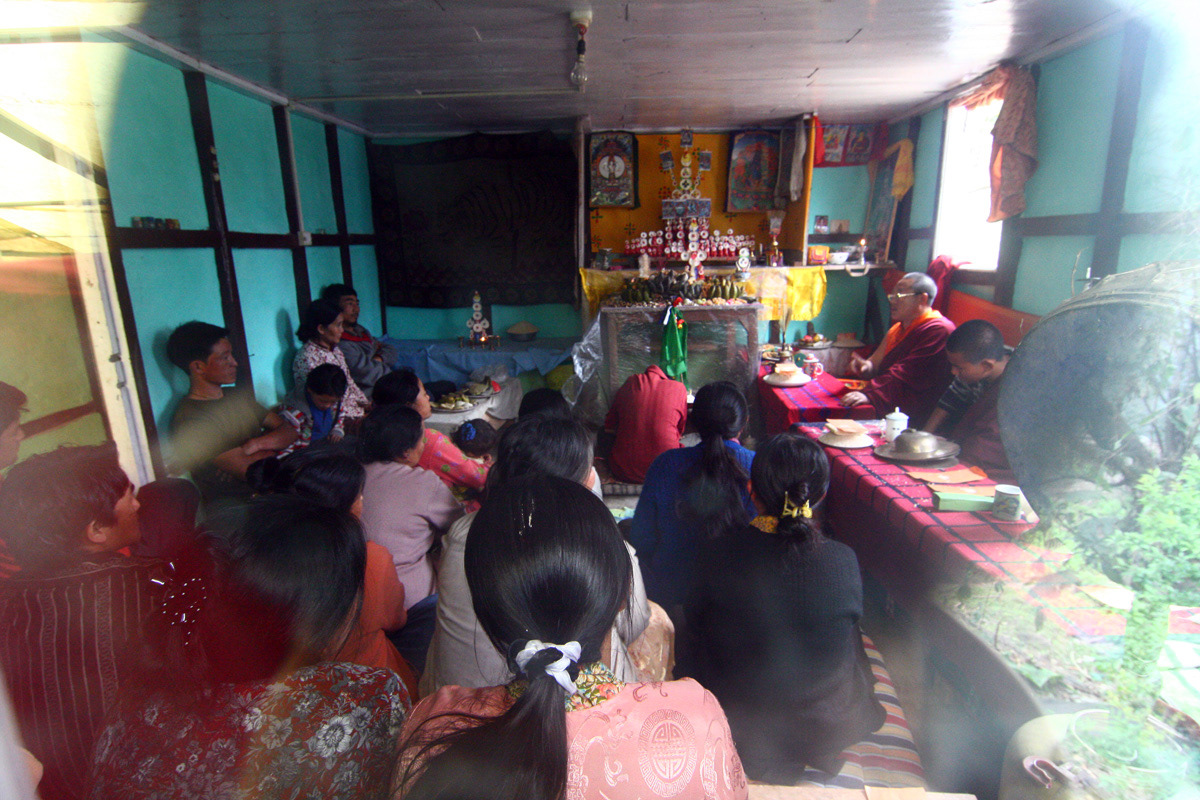 I would see more evidence of the ways of the Lepcha after a stiff climb up to the village of Panang. They were in the midst of celebrating Boomkor, the annual journey of divine Buddhist relics from village to village. Most people in Panang are a Lepcha/Buddhist hybrid, embracing their venerable indigenous values with as much reverence as those of Buddhism.

Each Lepcha village has a bóngthíng (usually male)or a mun (usually female, front and centre) - multi skilled shamans, who are healers, exorcists, nature guardians and are even responsible for guiding the dead to the afterlife.

Is a mall worth this?

Where would you go if you were dying?
↑Back to Top