“I think that’s something you can’t get in the city in a mall watching a movie.”
Ashok (49) had just finished a 1000km brevet through Karnataka and did not look like a man recovering as he matched his 12 year old son for excitement and energy. He is also a daily commuter covering 20 kms on most days. He describes the experience of spending 1000kms on a cycle, mostly alone, “It’s been 3 nights since I slept. I really wanted to know what it takes, whether I would hallucinate (laughs). After a long distance ride, you become exceptionally calm. It’s not about finishing. Every part of your body is beautifully synchronized. Your muscles are completely relaxed, you would think the opposite is true. You are completely connected to everything at that point of time. It’s like pure mindfulness.”
“It’s like yoga on the road.”
Dasarathy (53) is a commuter and recreational cyclist who covers 26 kms a day. A founder director of Cadent Technologies. His love for cycling was borne out of the kind of road frustration that is all too familiar for Bangaloreans until he decided that although he has a car, he has a “self imposed limit of three days in a month that I use it.”

“I just booked my tickets and headed over here”
Naveen Thomas John (27) is  a competitive road racer who grew up in Kuwait left his 6 year old life in the US when he “heard about a team in Bangalore,” despite everybody telling him “he’s stupid.” He now races for the Specialized Kynkyny Racing Team. He got into cycling to drop some weight from his 110kgs but is now embraces the competitive lifestyle of “not having time to hang out with friends and turning down social events, it means waking up at 5.30AM every morning.”
“It means freedom and fun. Everything else is secondary - green angle, cost angle.”
Rohan Kini (32) gave up an eight year IT career to plunge into cycling by starting Bangalore’s first pro cycle store, Bums on the Saddle (BOTS). He was one of the primary factors behind the emergence of the sport in India and took to cycling when he realised how much fun and convenient it could be in Bangalore’s chaotic traffic.

“I started cycling in my dad’s memory”
Santhosh Kumar (31) designs and markets silver jewellry with his wife. He also has a day job with an IT firm. But the only thing that gives him peace is cycling, “Whenever I have tensions, I get onto my saddle. You get time to talk to yourself, look at the landscape and reflect on life without any disturbance.” A serene expression crosses his face as he relives riding from Paris to London, and along a winterscape at the Great Wall of China.
“I like the idea of a slow commute”
Shamala Subramaniam (33) had been a commuter cyclist for eight years before becoming India’s first female pro bike mechanic. The understated Shamala’s eyes light up when talking about cycling, “It means getting to know my space, it means freedom, it means sometimes testing my endurance and strength. It’s a game when you’re trying to get past traffic, it’s also mocking people who get stuck in traffic. I just love doing that,” she signs off with a giggle.

“It’s the only vehicle that I found that really makes you feel free.”
The ponytailed academic Sreepathi Pai (29) is a PhD student at the Indian Institute of Science. Deeply immersed into the culture of cycling, he manages to keep three cycles in the miniscule room provided to him by the Institute. The subject of most books they jostle against belie a love of all things with spokes, frames and wheels, although the collected works of Kim Jong Il were also spotted, with much mirth all around.
“It’s my choice of drug”
Two years earlier Vikram Singh Jadav was riding the same 1000km brevet from Bangalore when he had a bad accident. He was on his own and lost his memory for almost five hours. Disoriented, injured and scared he managed to stay alive until he was found by a scouting car. Three months after he was cycling in the challenging 1200 km randonneur or endurance ride called the Paris Brest. A few days earlier he shared his thoughts just after finishing the ride that almost cost him his life and mind in 2011, giving us insight into why he loves the sport that he refuses to give up, “It’s like a passion, its my choice of drug. When I cycle I feel like I’m in a different world. It’s like meditation”

“I feel like I can turn myself inside out on a bike.”
Vivek Radhakrishnan (36) is an Entrepreneur who owns and directs the multifaceted Kynkyny Group. He is also team director of the Specialized Kynkyny Cycle Racing Team, India’s first to be fully sponsored and was till recently, part of it as a competitive racer. He’s quick to self depricate, “I’m like an old fart who wishes he had started when he was younger and turned pro and never will so now he’s busy trying to make the other young guys happen.”
Vivek is one of those rare people that has a deep personal involvement in the sport while pushing it as an industry that needs competition to survive and then thrive, “It (competitive cycling) is exploding. Guys like Rohan Kini from BOTS have been so instrumental in creating the racing scene. I think we’re partners in crime in that he’s put in a heck of an effort in creating a scene, and I’ve put in effort in creating a pro team to lead the way. Now because of us there are other teams, and because of him there are racers to join those teams. There’s so much talent in this country, but it’s not been supported. We were taking riders abroad, and have been training people. Now there’s other people doing it. Now the talent actually has places to go. Even now, every cyclist’s dream is to be on our team, because you get all the infrastructure. I think very soon it’s going to be, “which team do I want to get on? What makes sense for me? Will I get more if I perform for them?” That’s kind of what’s happening now, and I think it’s awesome. From not having any sponsored cyclists, today we have 40, and that’s definitely thanks to what we have done. Now the races are real races. There was a lot of work, effort and dedication leading up to it. What we were really hoping for was to see the rest of the industry pulling their socks up.” 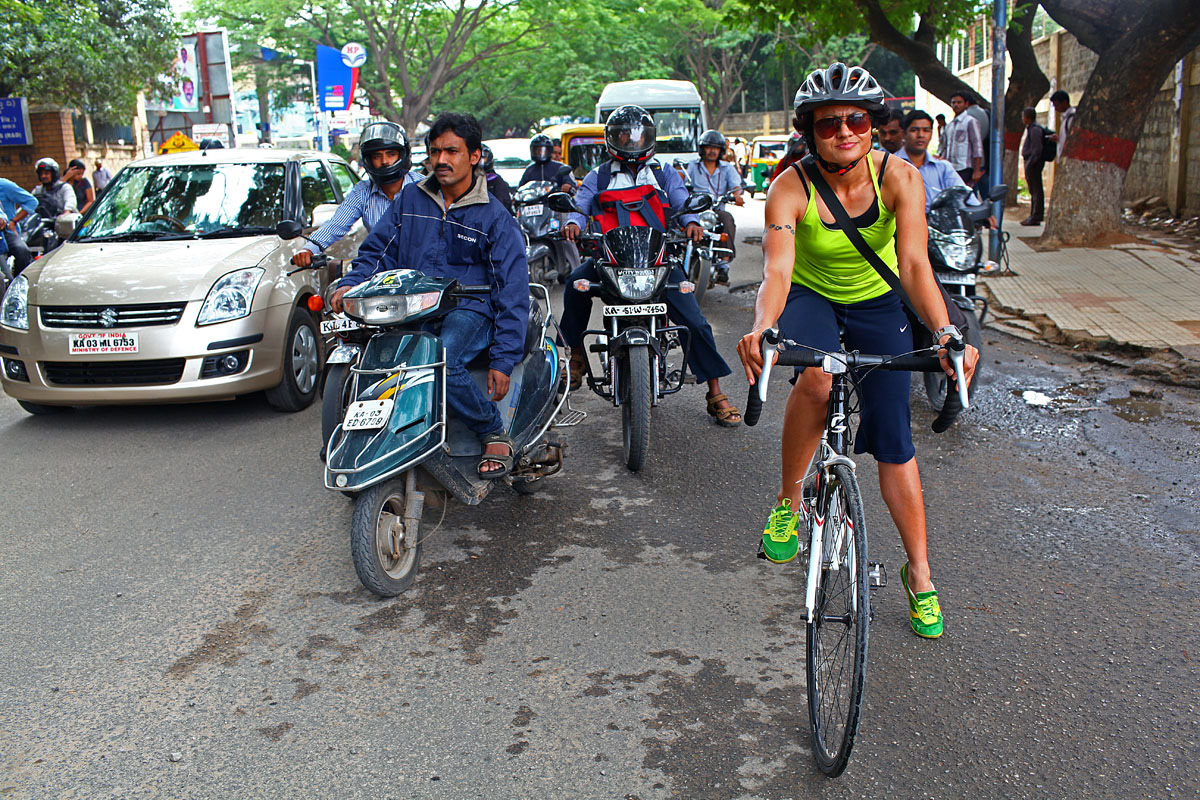 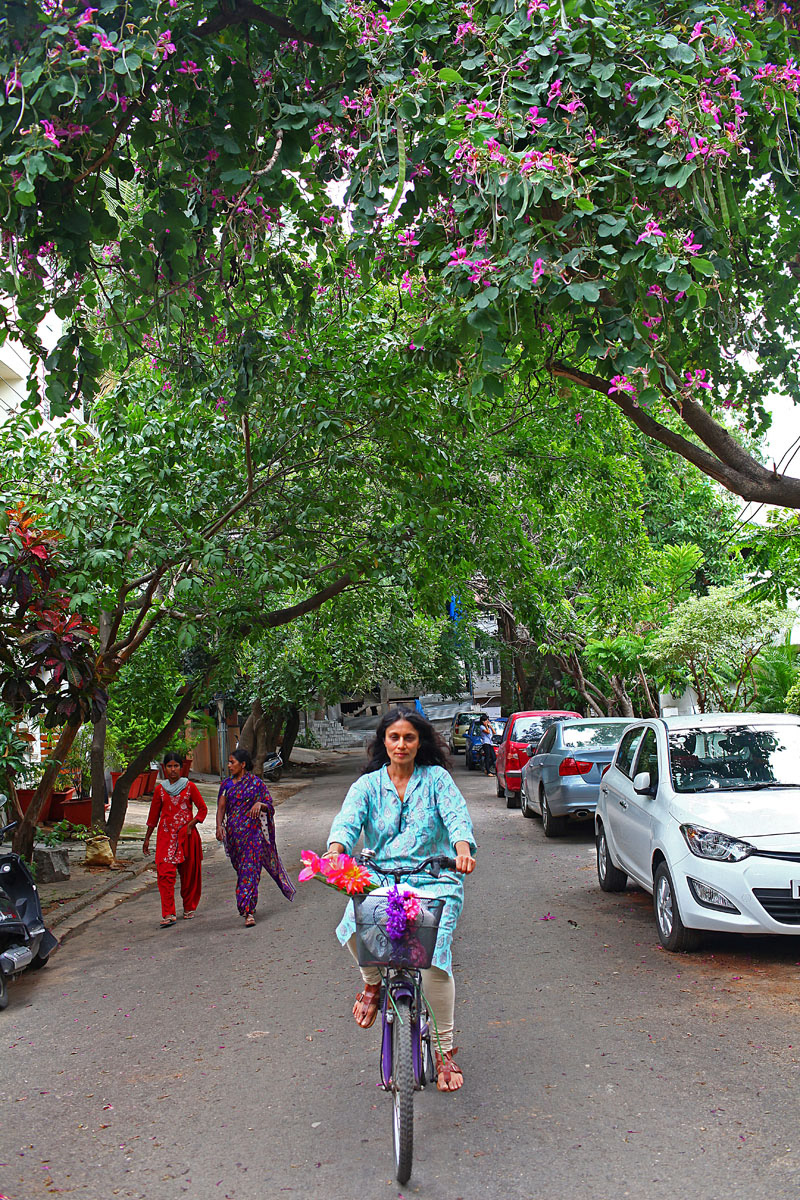 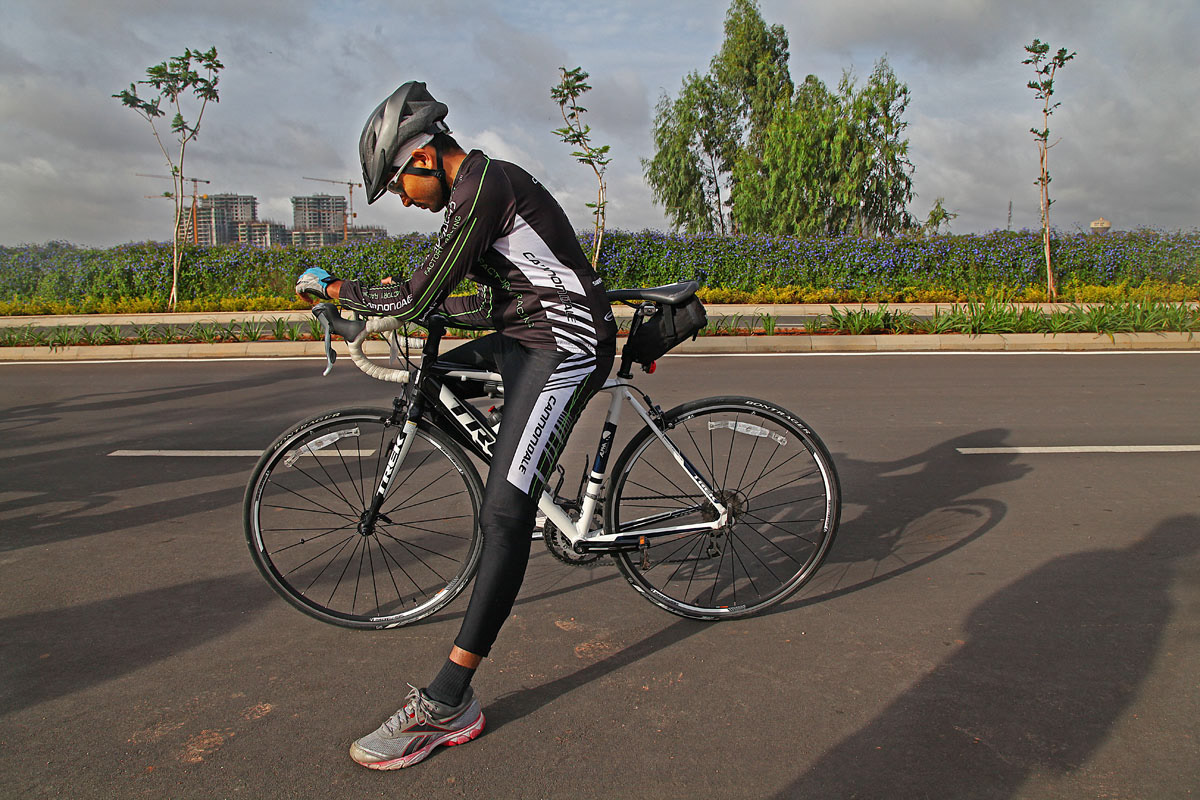 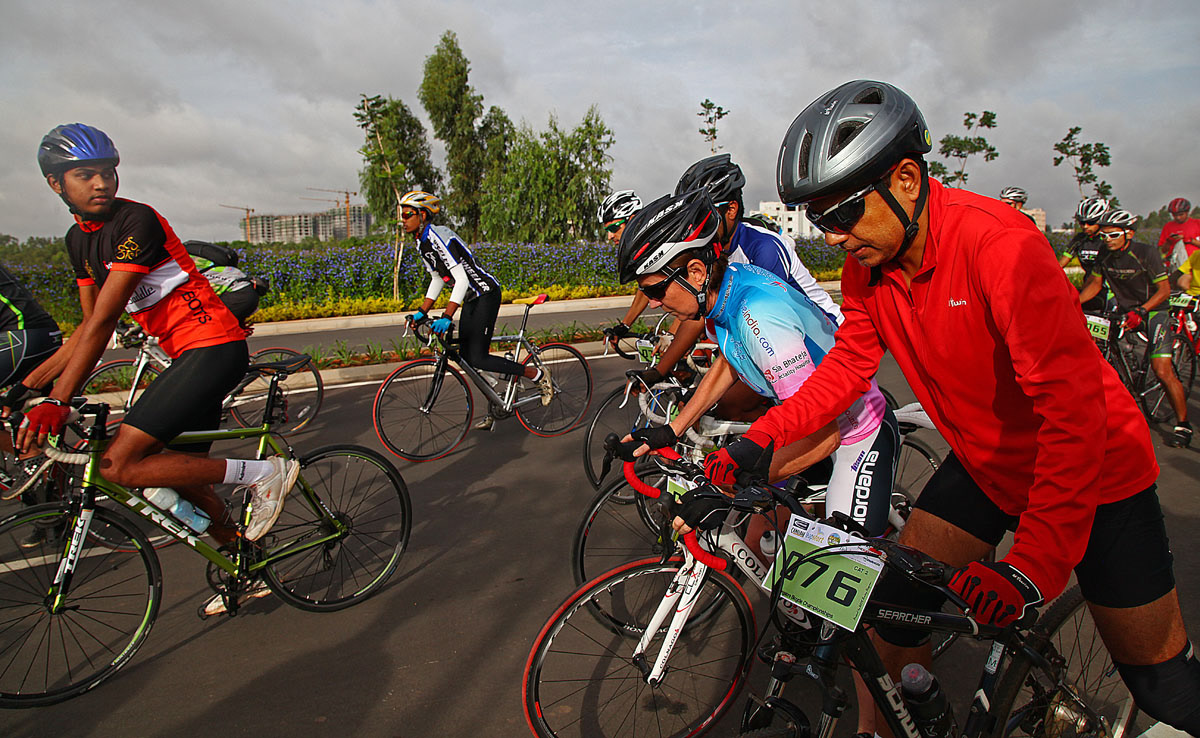 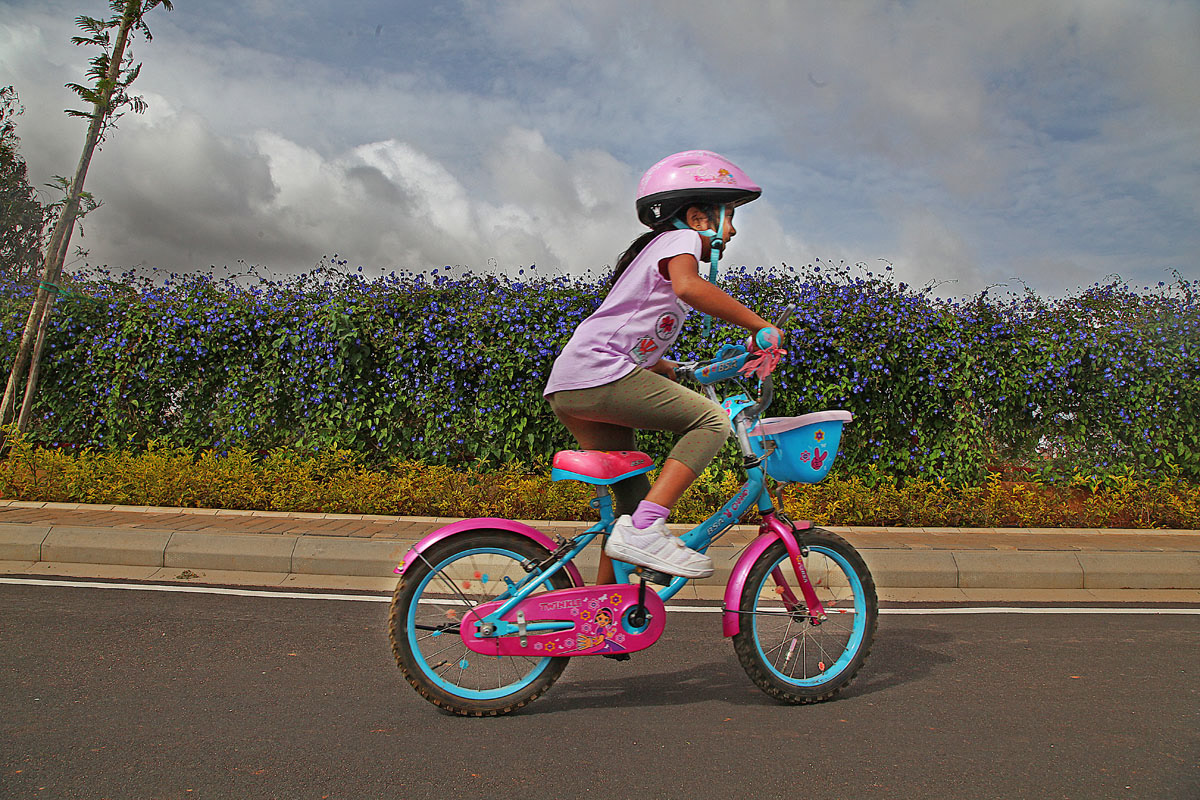 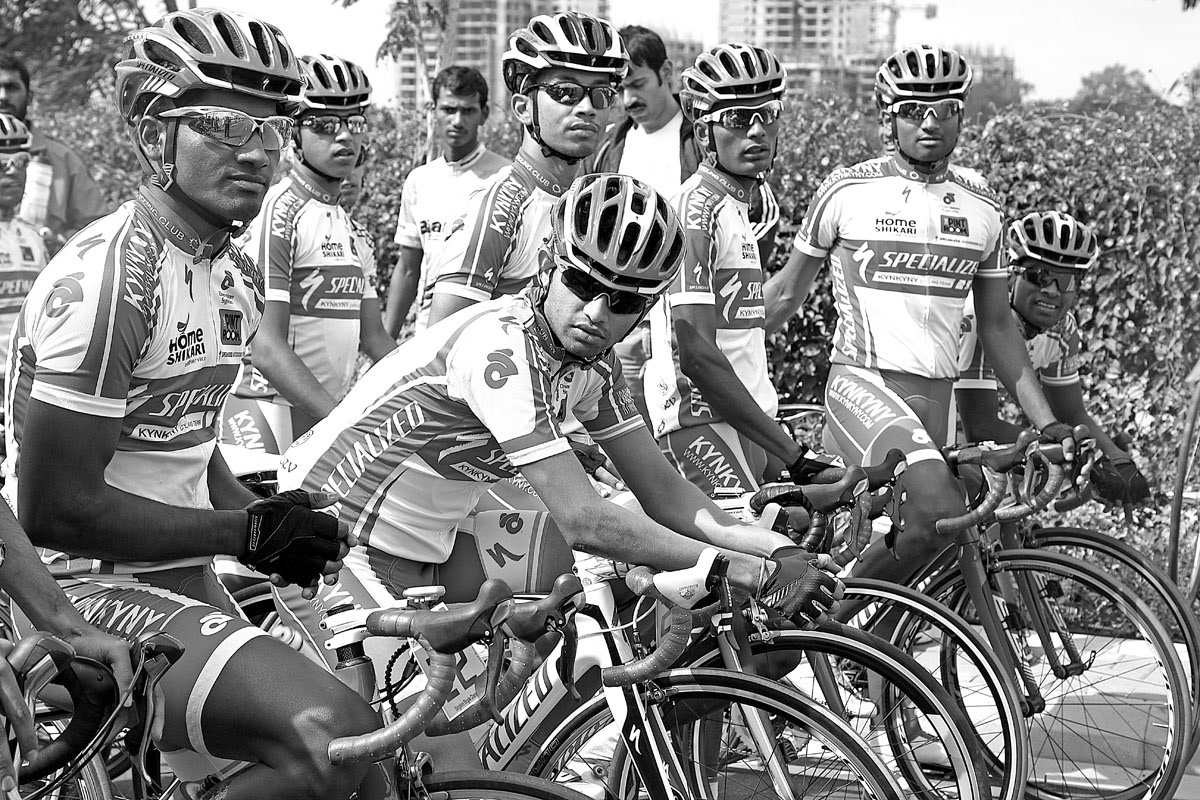 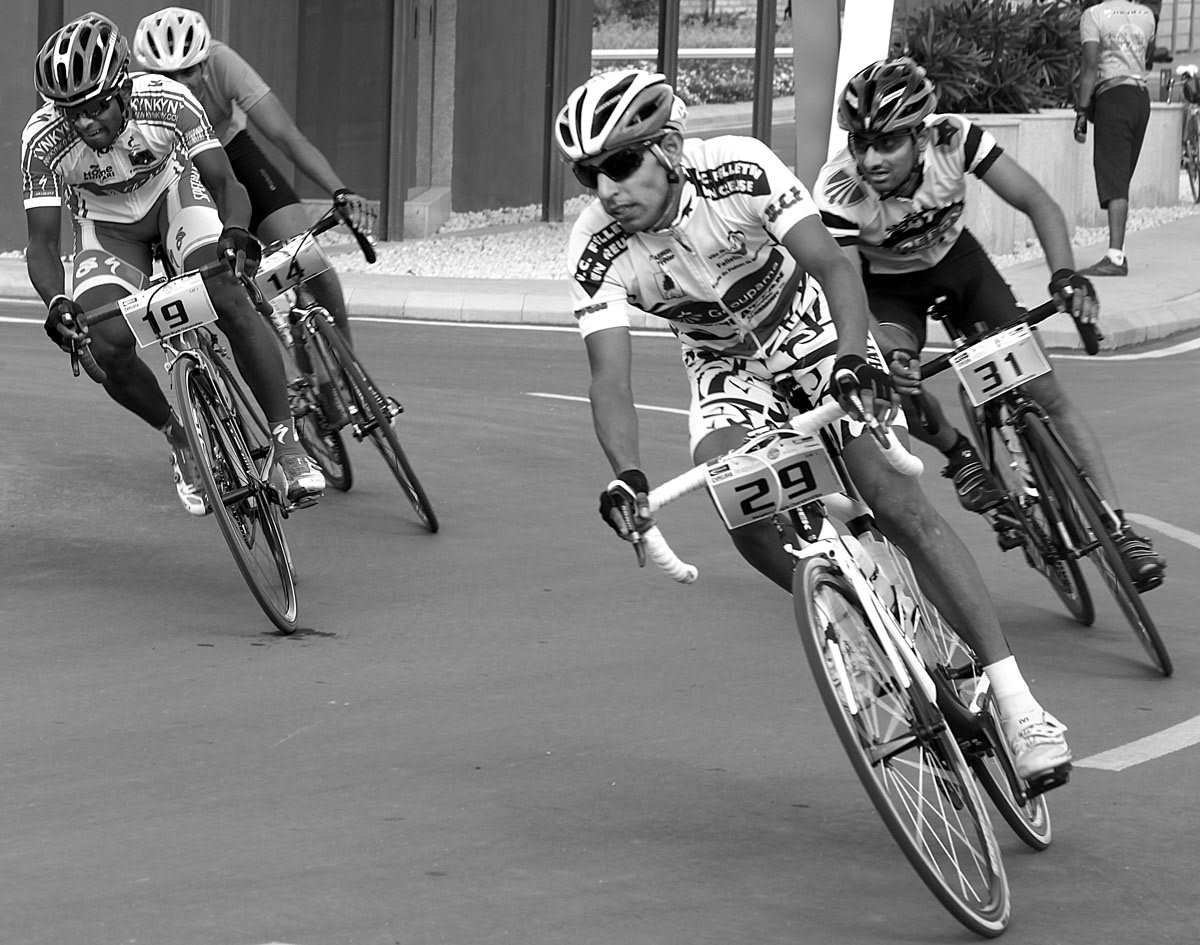 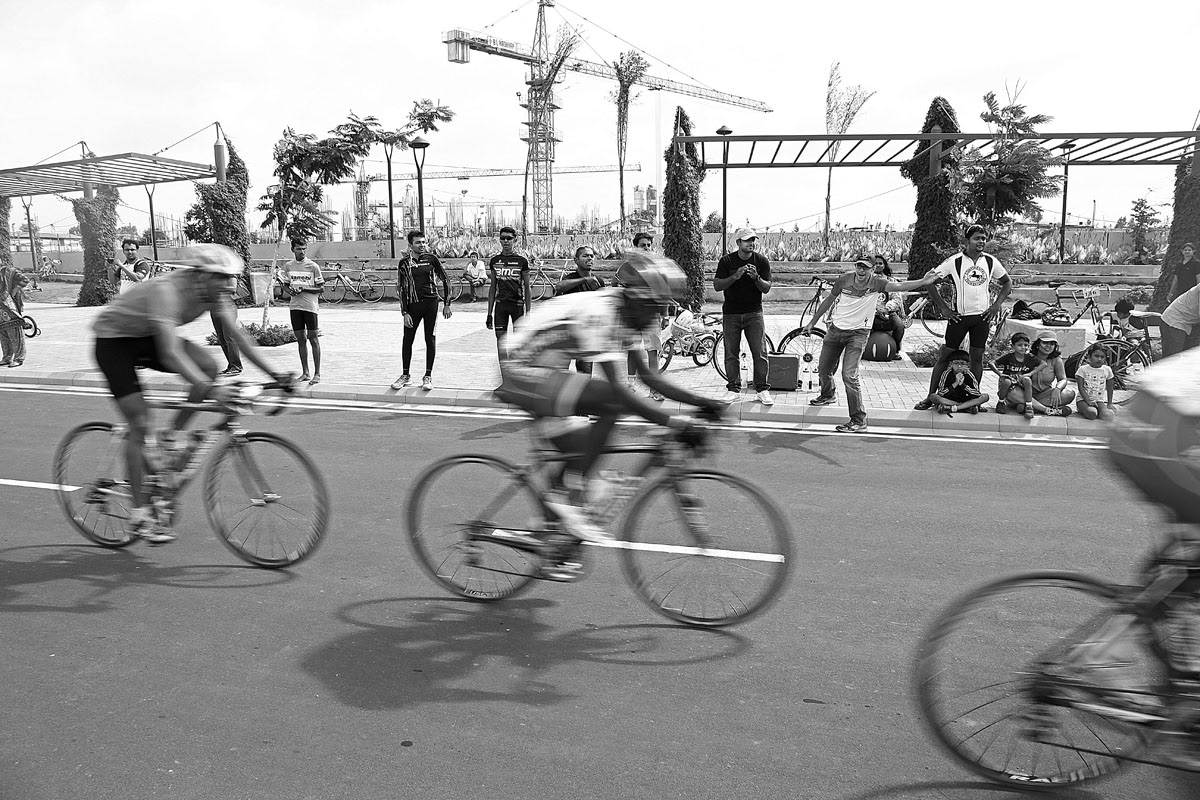 A road race in the outskirts on Bangalore attracted a wide range of participants. The final race was closely fought among a group of pros racing for various teams like Specialized.
A certain sense of fun is definitely part of the game for downhillers. These cyclists specialise in riding heavy, strong bikes down steep, rough slopes. Once a month or so, Bangalore downhillers meet for these vertigo-inducing obstacle courses. 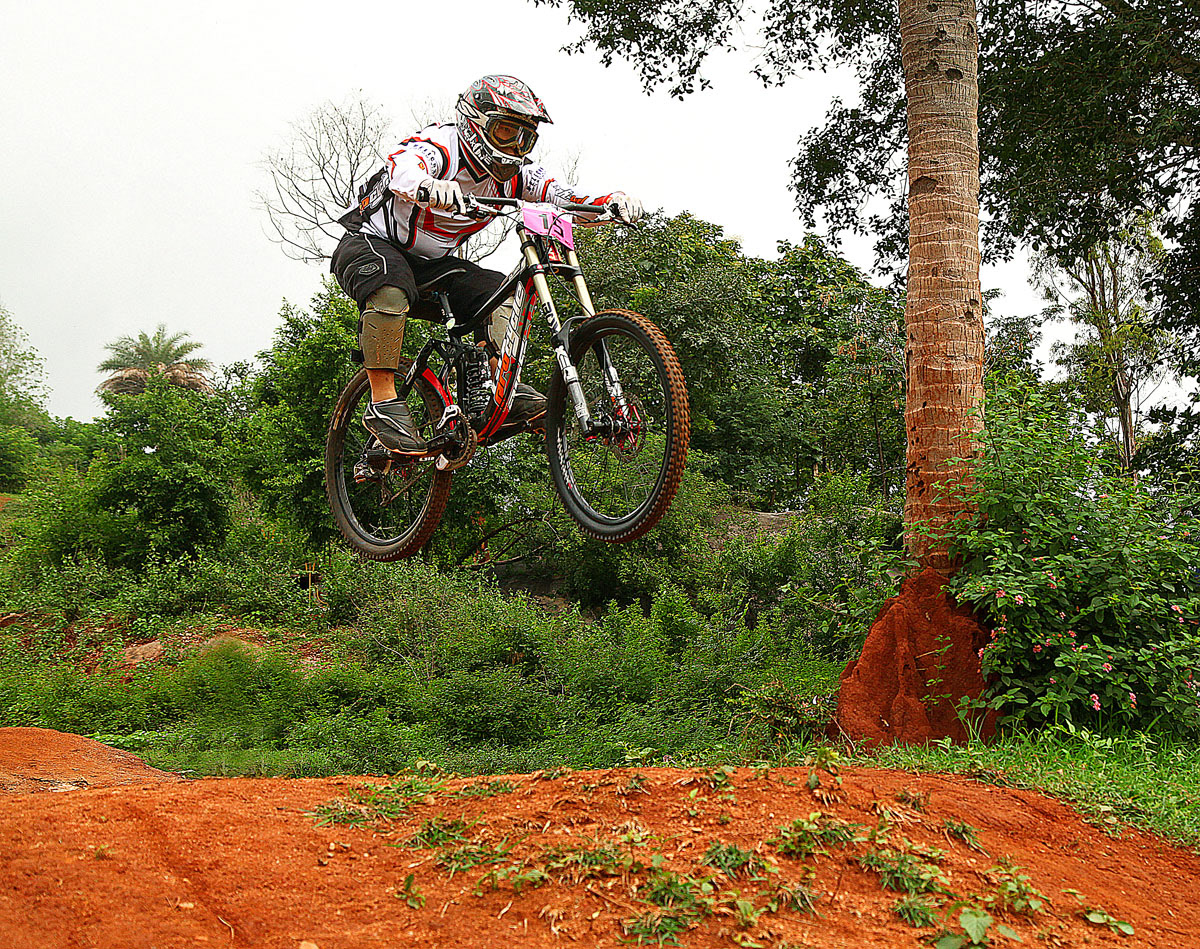 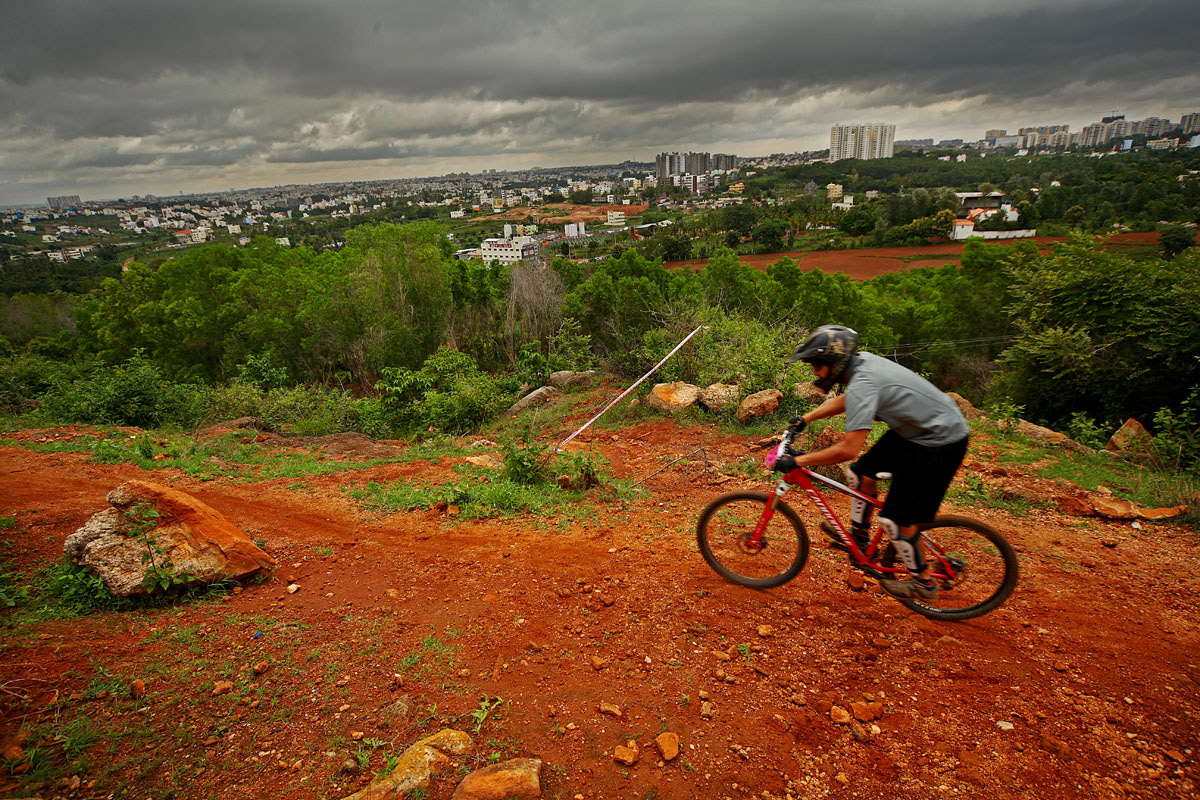 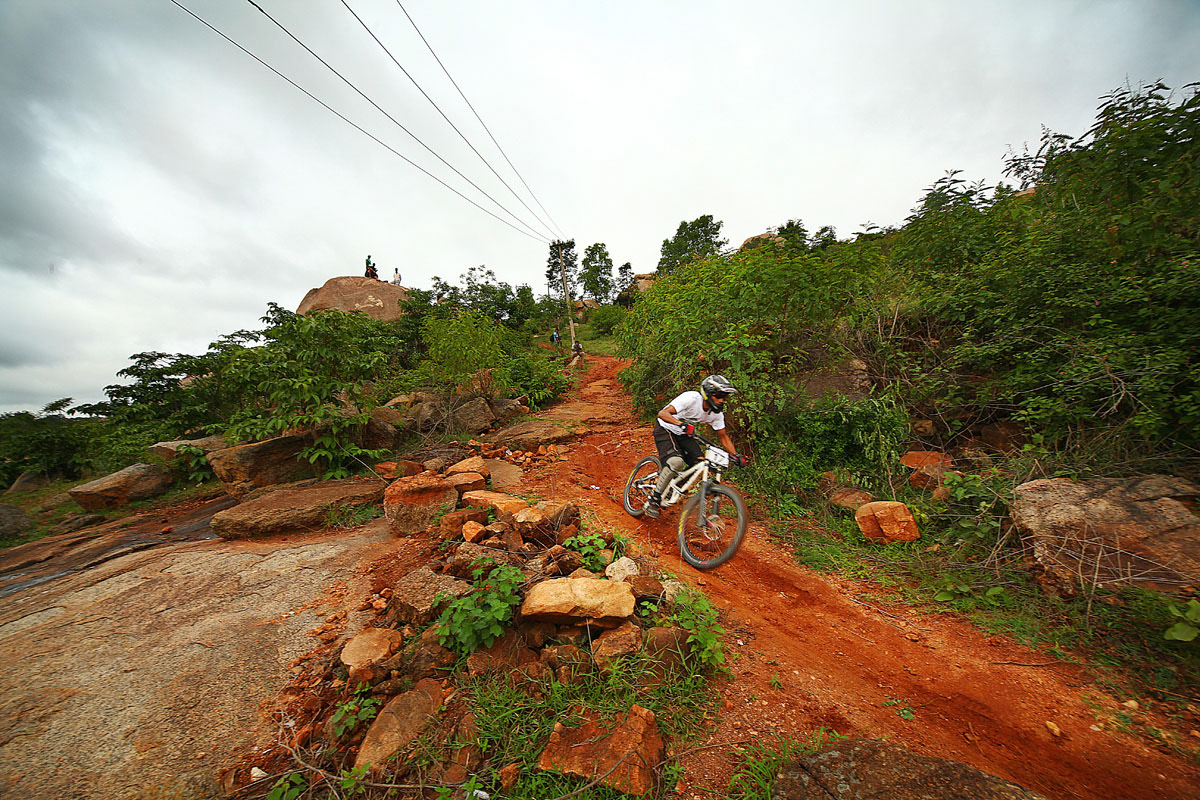 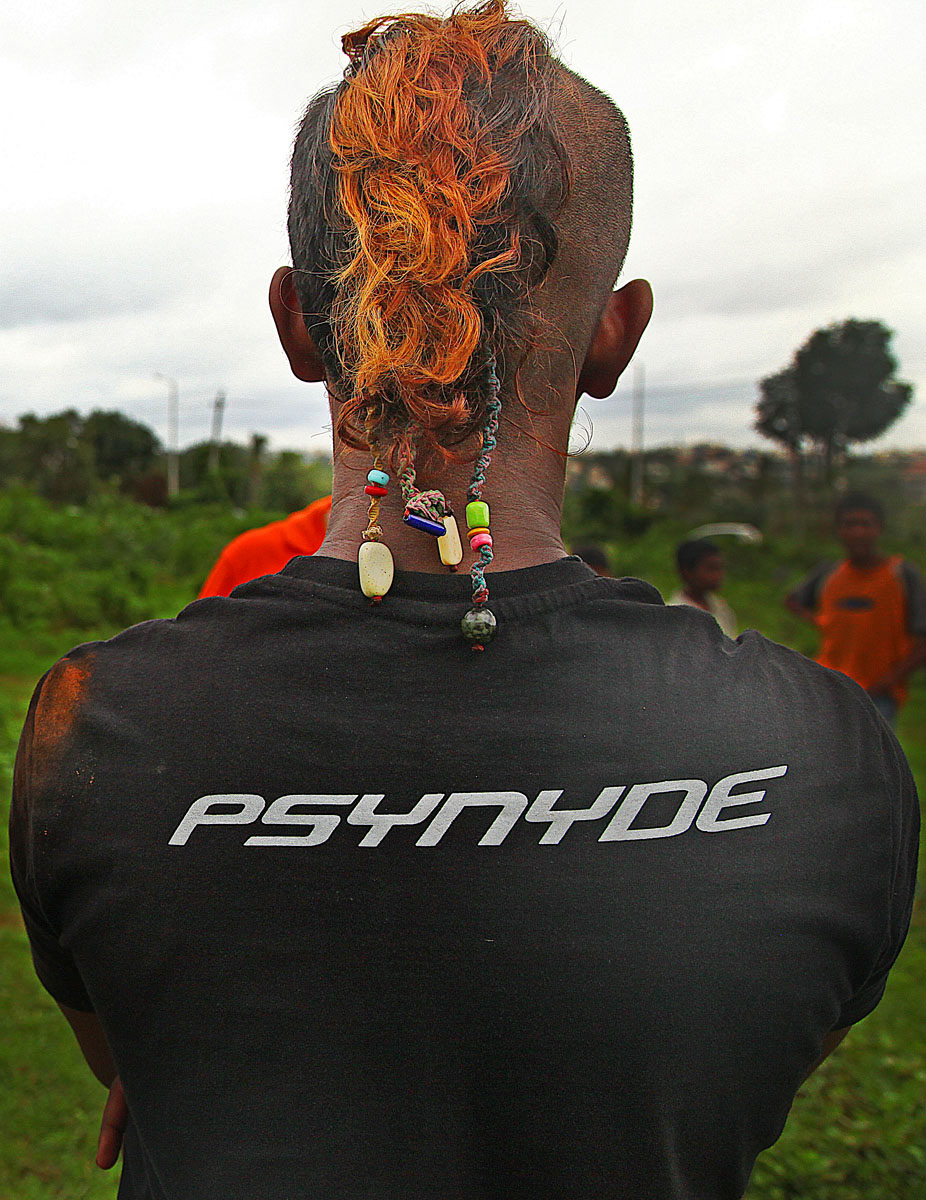 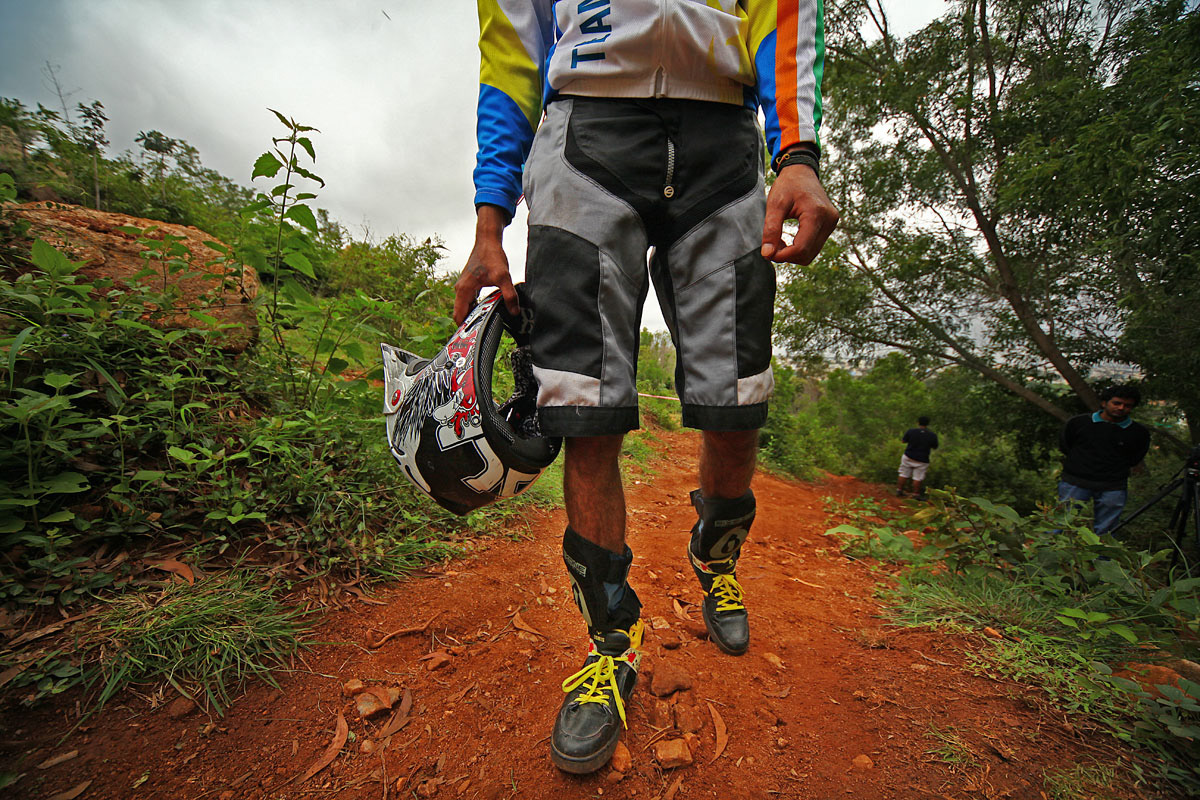 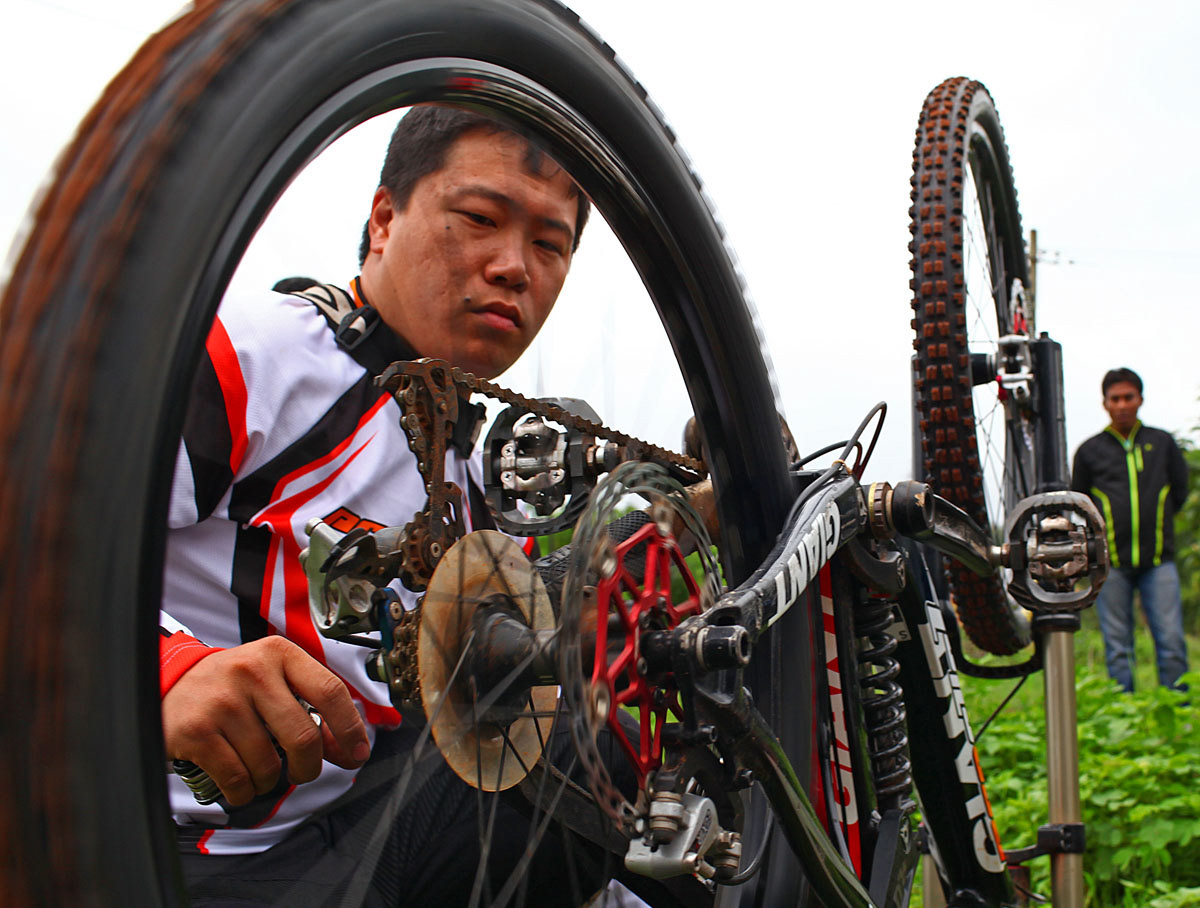 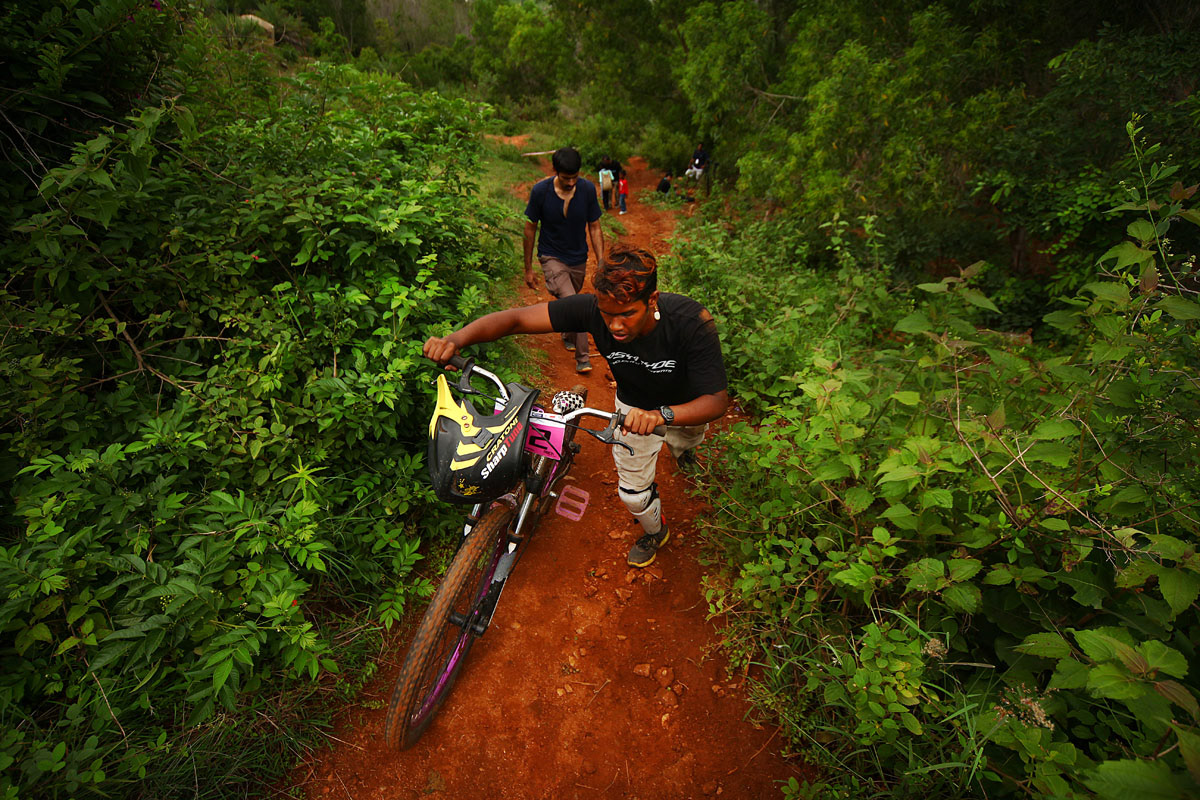 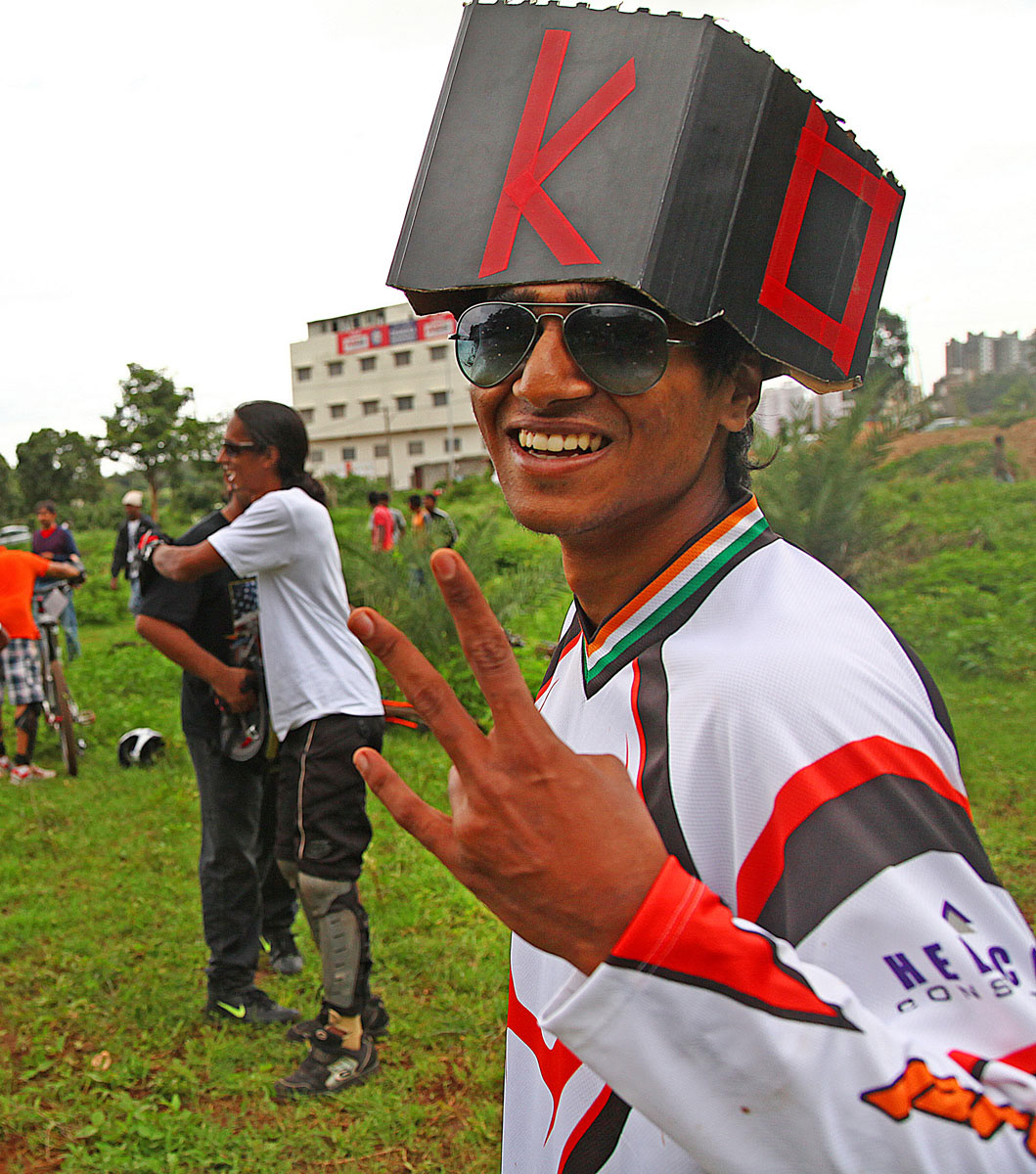 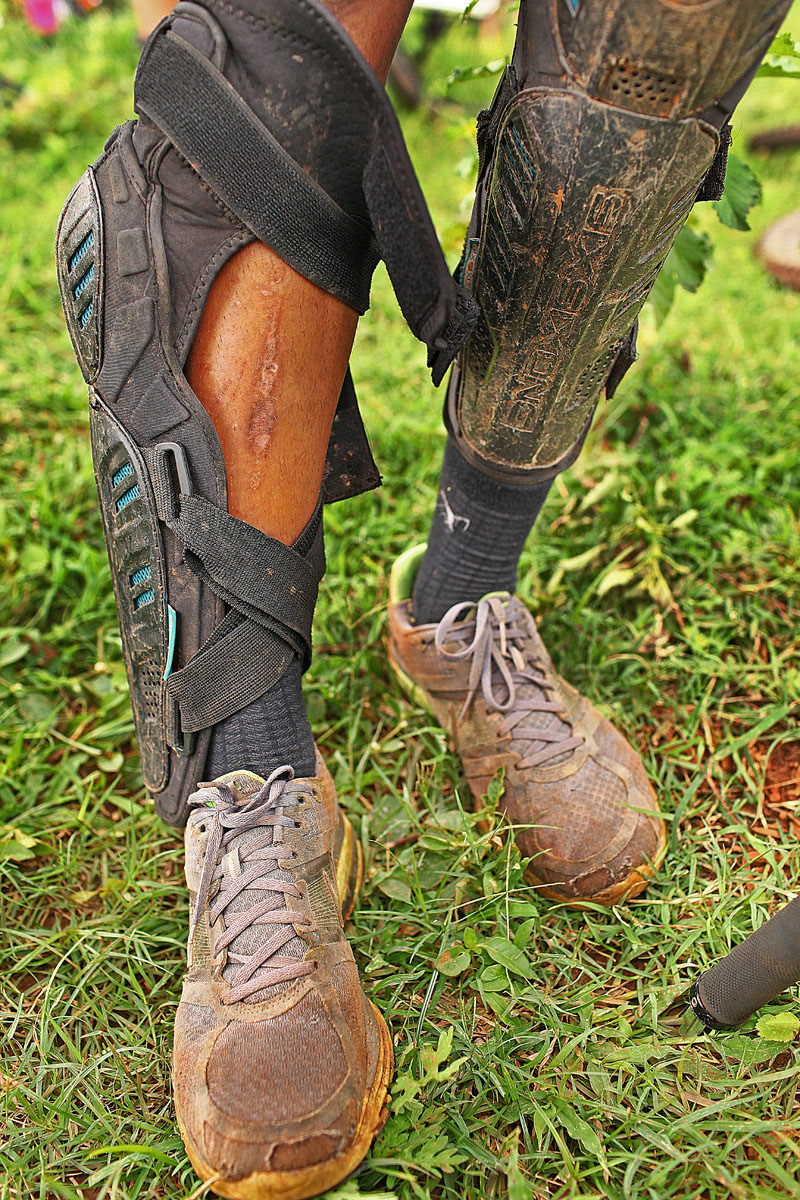 Love is Love
↑Back to Top